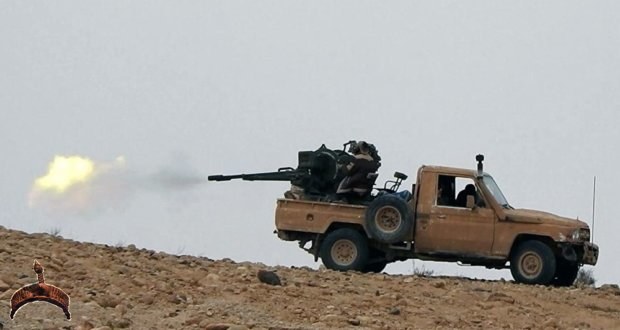 Posted by: BalogunAdesina in World News Comments Off on Syrian Army Trying to Regain Control of Daesh-Attacked Palmyra – Homs Governor

The Syrian Army has moved to the suburbs of Palmyra and is fighting Daesh, the governor of the Homs Province said on Sunday.

“The Syrian Army is maintaining stiff resistance and is inflicting losses on Daesh gangs,” Governor Talal Barazi said on al-Ikhbariyah TV. The decision was made in light of the enemy’s “superior forces”. He noted that Daesh was attacking Palmyra on several directions. A source has earlier told RIA Novosti Palmyra residents had been evacuated and the Army was fighting against the jihadists in the city suburbs. Earlier on Sunday, Russia’s center for Syrian reconciliation reported that Daesh managed to move considerable forces from Raqqa to Palmyra after the US-backed offensive of Arab and Kurdish rebels was stalled. More forces and equipment were relocated from the vicinity of Deir ez-Zor. “Over 4,000 Daesh terrorists have regrouped <…> to capture Palmyra,” the center’s statement said.

Terrorists launched their previous attack on the city on Saturday. Their offensive was thwarted by the actions of the government forces supported by Russian warplanes. Despite the defeat, the terrorists were again trying to attack the city from the northern, eastern and southern sides. Their perceived goal is to capture al-Amiriyah town northeast of Palmyra and a nearby industrial area, Syria’s SANA news agency said.

Over the recent months, Daesh has several times tried to oust the government troops from their defense lines. Having amassed considerable forces to the west of Palmyra, the jihadist group sought to seize two oil and gas fields, but all of their attempts have been foiled. The terrorists intensified their attacks on the ancient city over the last week and managed to capture several high grounds in proximity to Palmyra.

The Syrian Arab Army, backed by the Russian Aerospace Forces, liberated Palmyra in March, 2016, nearly a year after it was captured by Daesh, which is outlawed in Russia, in May 2015. During the invasion, the militants destroyed a number of ancient objects, including necropolis, the Arch of Triumph, as well as the temples of Baal Shamin and Bel.