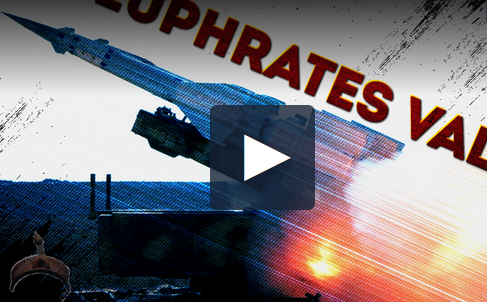 Early on February 27, reports appeared that aircraft of the US-led coalition had carried out strikes on government forces at the village of Salhiya in the province of Deir Ezzor. According to pro-government sources, the SAA responded by launching anti-aircraft missiles at the aircraft attacking their positions.

Later on the same day, reports appeared about sporadic clashes near the CONOCO gas plant between troops of the Syrian Arab Army (SAA) and US-backed forces.

On February 28, the situation in the area remained unclear, with neither side providing an official statement commenting on the reports. However, it clearly showed a high level of tensions in the area.

Also on February 27, the SAA and the Republican Guard advanced on positions of Ahrar al-Sham and Hayat Tahrir al-Sham (formerly Jabhat al-Nusra) in the Ajami district of Eastern Ghouta. According to pro-government sources, government troops captured a major part of it. On February 28, clashes continued there.

Separately, fighting was also reported in Nashabiyah which remained contested despite previous reports that it had been liberated by the Tiger Forces.

In the province of Idlib, Hayat Tahrir al-Sham (HTS) is still involved in fierce fighting with the so-called Syrian Liberation Front (SLF), a coalition of Ahrar al-Sham and Nour al-Din al-Zenki. Recently, the SLF has captured over 20 localities from HTS. Both sides use various types of military equipment and artillery pieces.

Some local sources speculate that Turkey is using the SLF to establish full control over HTS and to re-brand it once again, absorbing the terrorist group into the newly created coalition.

In the Afrin area, clashes continued but the Turkish Armed Forces and the Free Syrian Army achieved no notable progress against the Kurdish YPG.