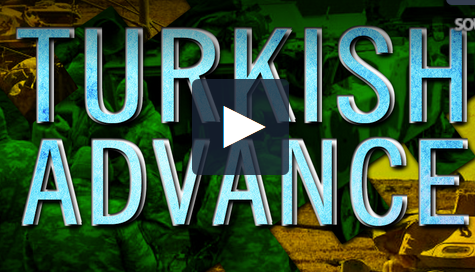 The Turkish Armed Forces (TAF) and the Turkish-backed Free Syrian Army (TFSA) used their advantage over Kurdish YPG/YPJ forces in the area of Afrin and captured Bursaya Mount, Qastal Jundu and Yazibagh. Additionally, the TAF and the TFSA entered the area of Kevire Kerr Mountain where an intense fighting was reported. On other fronts, the YPG/YPJ was able to repel attacks by Turkish forces.

On the same day the YPG media wing claimed that, an YPJ member, Avesta Khaboor, blew herself up destroying a Turkish battle tank in the Jandaris district. The report allowed pro-Turkish sources to claim that the YPG/YPJ started using suicide bombers against the TAF and the TFSA.

Meanwhile, Turkey’s President Recep Tayyip Erdogan said that Ankara forces will clear the entire Turkish-Syrian border from Kurdish militias “step by step.” Separately, he hinted that the TAF may enter deeper into the province of Idlib and even reach the provincial capital. “If Allah permits, then we will reach Idlib,” he said.

The Turkish statements over the situation in Syria have become much more aggressive since Operation Olive Branch started. They indicate that Ankara could seek to establish own political or military control over a large areas. However, these goals are limited by the current diplomatic and military situation in the region.

In eastern Idlib, the Syrian Arab Army (SAA) and its allies are still working to secure the town of Abu al-Duhur. According to the recent reports, Hayat Tahrir al-Sham remains in control of some part of the town.

Syrian and Russian warplanes carried out up to 100 airstrikes on militant targets in eastern Idlib, southern Aleppo and northern Hama. Pro-government sources speculate, that this is a part of the preparations for the upcoming offensive. The SAA uses the pause to re-group its forces.

In Eastern Ghouta, Ahrar al-Sham, Hayat Tahrir al-Sham and Faylaq al-Rahman resumed their attempts to capture the Armoured Vehicles Base. The militants damaged 2 BMP-1 vehicles and killed an unknown number of the SAA soldiers, but were not able to overrun the government defense. In turn, the SAA destroyed a militant car bomb.

The situation in Eastern Ghouta shows that the ceasefire efforts in the area will remain useless while the militants still have capabilities and will to continue their offensive operations.