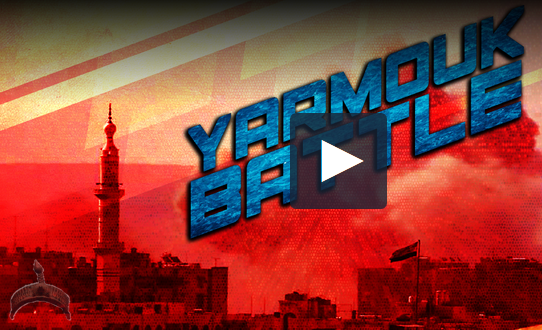 In southern Damascus, the Syrian Arab Army and its allies have made important advances over the last few days entering the northern part of the Yarmouk refugee camp area and a farm area west of al-Hajar al-Aswad.

According to the ISIS-linked news agency Amaq, 20 Syrian Army soldiers have been killed in the recent clashes in al-Hajar al-Aswad.

Government troops have also started entering the eastern part of the pocket under a deal previously reached with local militants. However, the evacuation in the area is still ongoing. Members of local militant groups are withdrawing to other militant-held parts of Syria.

On May 1, the US-backed Syrian Democratic Forces (SDF) announced the resumption of their anti-ISIS operation in Syria. The public goal of the operation is to clear the Syrian-Iraqi border from the remaining ISIS militants.

By May 2, the SDF had advanced 8km deep in the ISIS-held pocket in the Syrian province of al-Hasakah. At the same time, the US-led coalition has resumed its air campaign in the area.

SF recalls that the SDF advance against ISIS in eastern Syria was halted when Turkey started its operation against Kurdish militias in the area of Afrin. This clearly shows that the SDF remains the Kurdish-dominated group which mostly depends on members of Kurdish YPG and YPJ militias.

Now, when the Turkish operation in northern Syria has achieved its mid-term goals, the Kurdish-dominated SDF is attempting to show Washington once again that it is its key and only ally on the ground in Syria.

In southern Syria, the situation remains complicated. However, no side is currently capable of launching a successful offensive operation in the area. Both militant groups and government forces are forced to operate using limited resources.

The recent developments in Syria have come amid a new round of escalation between Israel and Iran. Tel Aviv has once again accused Iran of having a secret program to produce nuclear weapons. Teheran has rejected the allegations.

As the war-style rhetoric is growing, the chances of further Iranian-Israeli incidents in Syria are increasing.