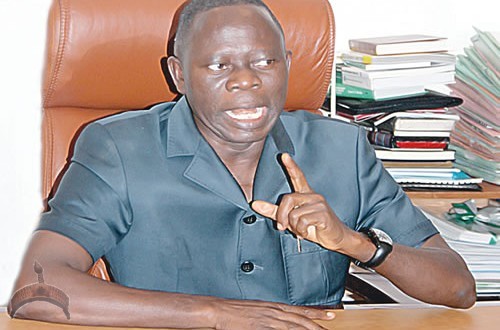 Posted by: AbubakarMuhd in Politics Comments Off on APC Still Winning Elections Despite Rumour Of Crisis, Says Oshiomhole

Adams Oshiomhole, national chairman of the All Progressives Congress (APC), says the party has continued to win elections despite the speculation of crisis in its fold.

Oshiomhole said this on Tuesday in Abuja when he received a delegation of APC members led by Umar Ganduje, governor of Kano state.

Ganduje had presented Alhassan Doguwa, a former leader of the house of representatives, who won the rerun election on Saturday to the APC chairman.

While congratulating Ganduje and Doguwa on their victories, Oshiomhole said it is often reported that the APC is in crisis, but that the party is still winning elections.

“When I pick up newspapers and they say APC is in crisis, by the time you take the next page, they say APC has won this election, APC has won that election And I’m like, if crisis means winning elections, let us be having crisis,” he said.

“At the heart of electioneering and partisan contest, is the capacity of a political party to approach election in a united front – canvass put issues to the people and win.

“As you know, last week we recovered Imo also, the lower court thought that 12 is equivalent to a third of 27 but the supreme has got the correct arithmetic right.

“We didn’t think we should go into street protest because to join them in street protest is like the Igbo proverb which says that ‘when a mad man takes your clothes while you are in the bathroom and he is trying to run away and you come out naked running after him, people will say look at these two mad men.’

“That is why we resisted the urge to join PDP in a street fight because it won’t make any sense, we as a governing party has the burden to maintain peace. I congratulate you governor Ganduje and I congratulate you Hon. Doguwa Hassan and all other members of the house.”

On his part, Doguwa said he hopes that the leadership of the party and the house would allow back in office as the leader of the lower legislative chamber.

“I still want to present to you my humble self that I am only but a loyal member, if you as a party chairman and the speaker along with the 359 member of the house of representatives decide by tomorrow after my oath to be on the floor as a floor member, I will take that graciously,” the lawmaker-elect said.

“If the party and the leadership of the house decide that I should be a deputy chairman of any standing committee of the house, I would accept that in good faith.

“If the party under your leadership which I hope decides alongside with the leadership of the house allow me continue from where I stopped in my capacity as the leader of the house I will be more grateful. So I look forward Sir to your very favourable treatment and I am still the same very loyal man that you know and I’d be glad if the dowry to that seat has not expired.” 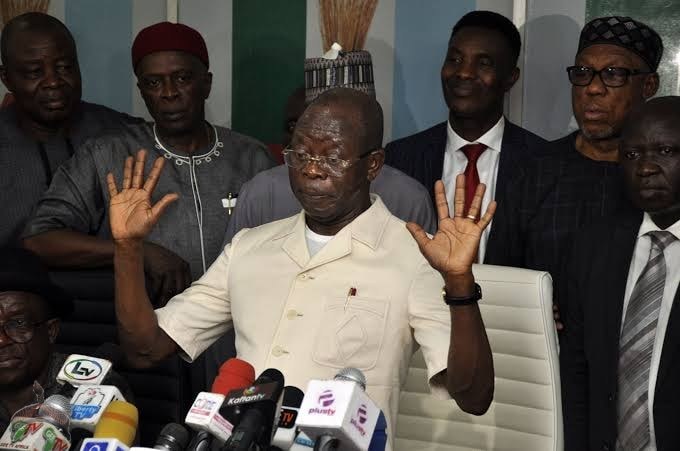 Former national chairman of the All Progressives Congress, Adams Oshiomhole tongue-lashed Salihu Lukman, the director-general of the Progressive Governors Forum(PGF) on Monday, likening him to a pig and an empty brain. Lukman had suggested that Oshiomhole in embarking on Edo governorship campaign wants to re-contest the APC chairmanship. Salihu Lukman has been throwing barbs at Oshiomhole for some time, in press releases, but today Oshiomhole fired back. “lt takes an empty brain to suggest that I only want to stage ...