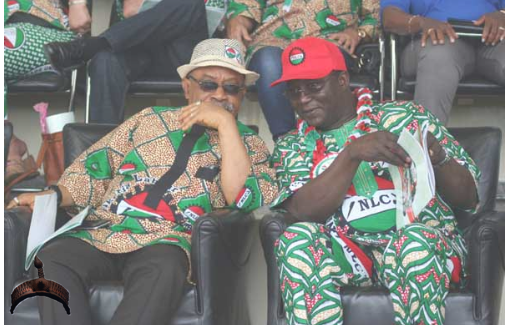 Posted by: Lolade in Breaking News, Politics Comments Off on Labour Congress, FG Agree To Step Up Minimum Wage

Mr Ayuba Wabba confirmed this to NAN our correspondent in Abuja on Wednesday that the consensus was reached during the sitting of the Technical Committee on Palliative.

He said the committee was meant to look into the framework to ameliorate the sufferings of Nigerians and cushion the effect of the increase in the price of fuel.  He also noted that the report of the committee, which was also meant to discuss the issue of the minimum wage, was ready for submission.

“I think there is a consensus on the fact that nobody has said that the minimum wage should not be reviewed.  “The palliative report is ready and it would be submitted before the end of the month.

“At the last palliative meeting, labour leaders had requested that they needed to look at the main report of the committee before submission.

“So, the technical committee will have to submit its report to Mr President and not to the Minister of Labour and Employment,” he said.

Wabba said that after the submission, the Presidency would then set up the tripartite committee that would involve the government, private and public sector. The NLC President said that labour was hopeful that the minimum wage committee would be constituted soon.  He said that labour had also received positive response from the National Assembly, saying that the Senate had promised to pass the bill.

Labour unions had submitted a proposal to the government demanding for N56, 000 as minimum wage.

Previous: The anti-Flynn ‘deep state’ coup – spelling it out in the clearest way possible
Next: You Can’t Have Your Husband Alone -three Women Tell Housewife