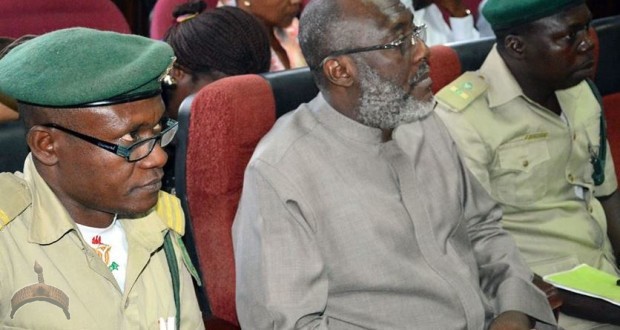 Posted by: Lolade in Breaking News, Politics Comments Off on Dasukigate: Metuh gives up legal fight, offers to refund N400m

The former National Publicity Secretary of PDP, Olisa Metuh, today, said he was prepared to pay back his share of N400m out of the $2.1billion cash meant for arms, which was allegedly diverted to political purposes.

Metuh, who has been on trial in the past few months, said he has had enough of legal travails. He said he had been in talks with the Ministry of Justice, the EFCC and other necessary bodies on how to refund the money and resolve the issue.

He came up with the offer in a statement through his counsel, Onyechi Ikpeazu (SAN). He said although the cash was released to him by GEJ, he did not know the source as at the time. He said since the EFCC presented a document on the source of the money in court, he had made up his mind to willingly refund the N400m. .

The statement reads in part: ”Our client has indeed approached his family, friends and associates to mobilise funds to refund the entire money regardless of the fact that it had been expended and that part of the money had been recovered from one of the prosecution witnesses.

It is pertinent to restate our client’s continued support for the anti-corruption campaign, which is necessary to ensure probity in the affairs of Nigeria to the extent that it is conducted within the rule of law.” 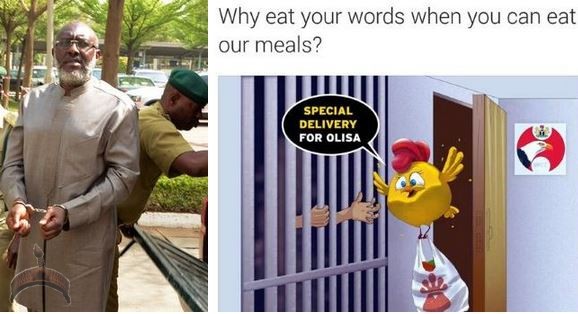 This is some funny shade.. cheesy grin cheesy … Saw it on twitter & had to just share, enjoy.. cheesy See the fully pic after the jump break.