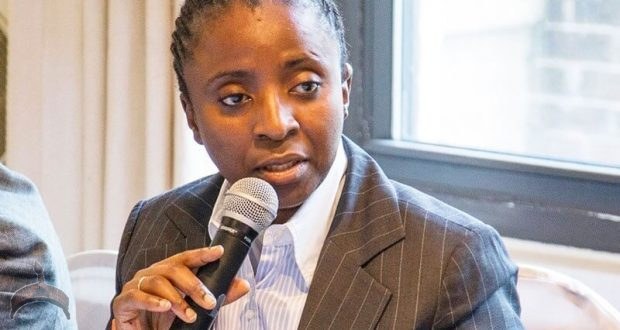 Telecommunications firm, MTN, has notified the Nigeria Stock Exchange of a substantial change in its board structure. Pioneer board chair, Pascal Dozie, is stepping down along with five other directors.

Replacements were also announced for the departing directors.

The changes are to take effect from September 2nd.

BELOW IS THE FULL ANNOUNCEMENT

Notification of Board Changes

This is to inform The Nigerian Stock Exchange (The Exchange), the investing public and other stakeholders that following the expiration of their tenure and in compliance with applicable codes of Corporate Governance, the under listed Non-Executive Directors are retiring from the Board with effect from 2nd September 2019:

Acknowledging the vital contribution made by the outgoing Directors over the last 18 years, MTN Nigeria CEO Ferdinand Moolman said:

“On behalf of MTN Nigeria, I would like to offer our heartfelt thanks to our pioneering Chairman, Pascal Dozie and the outgoing Directors. Our journey over the last 18 years has been incredible, and it would not have been possible without the initial entrepreneurial spirit of our founding directors, and their unfailing and dedicated support for MTN Nigeria’s vision over the years. I could not have asked for a more supportive, knowledgeable and experienced group of advisors.”

“In 2001, when I made the first call on the MTN Nigeria network, I don’t think anyone envisaged the pace and scale of growth that we, and the broader telecoms sector would achieve over the next 18 years. It is a unique story that we are immensely proud of.

Having served as Chairman of MTN Nigeria for all of those 18 years, I achieved a long -held ambition earlier this year, when MTN Nigeria listed on the Nigerian Stock Exchange, providing an opportunity for a wider pool of Nigerians to become investors in the company. I cannot think of a better time to be handing over the reins of the company to a new Chairman, and to a new group of distinguished Nigerian Directors. Not only is this in line with best practice, which we are fully committed to as a member of the premium board of the Nigerian Stock Exchange, it is also absolutely aligned to the company’s future.

On behalf of the out-going Directors, I would like to thank the Board and Management of MTN Nigeria for their support over the years and to welcome the incoming directors. They have a hugely exciting future in front of them, and I believe, the opportunity to make the next 18 years even more successful than the last.”

The Board of MTN Nigeria Communications Plc would like to express its appreciation to the six directors for their commitment, leadership and extensive contributions to the success of the Company since their appointment in 2002. The Board wishes them the very best in all their future endeavours.

The Company is pleased to announce the appointment of Mr Ernest Ndukwe as the Chairman Designate of MTN, and the addition of the following directors with effect from 2nd September 2019:

Mr. Michael Onochie Ajukwu has over 21 years of experience in the banking industry with specialty in the Energy and Multinational sectors. He has extensive business experience in Africa and particularly in Nigeria.

In 2002, Mr. Ajukwu disengaged from United Bank for Africa PLC as Executive Director, Corporate Banking. He later served as a Director of Keystone Bank Limited.
Mr. Ajukwu has extensive Board experience and serves as Chairman of Altech West Africa Limited, Munca Properties Limited and Mobax Nigeria Ltd. Mr. Ajukwu has been an Independent Director of Sterling Bank Plc since June 2018 and of Tiger Brands Limited since March 31, 2015. He also sits as a Non-Executive Director on the boards of Intafact Beverages Ltd, a subsidiary of SABMiller in Nigeria and Novotel, a member of Accor Hotels group.

Mr. M.K Ahmad is a seasoned public sector executive with over 35 years of experience traversing the financial services industry and the public sector. He actively advocates and supports institution building based on the highest corporate governance and ethical standards and has served on various boards and committees, including banks and not for profit organizations.

He was a pioneer staff of the Nigeria Deposit Insurance Company (NDIC) where he rose to become a Director. He later served as the pioneer Director -General and Chief Executive Officer of the National Pension Commission (PENCOM). Mr. Ahmad worked at the Central Bank of Liberia as the Advisor and Technical Director on Bank Supervision under an International Monetary Fund (IMF) Programme. He coordinated the development of the Federal Government strategy document for the rebuilding of the North East that led to the constitution of the Presidential Committee on the North -East Initiative (PCNI).

FATE Foundation. He serves on the Interim Board of International Energy Assurance Plc.

He is the founder of Jewel Development Foundation, a graduate assistance programme; and Certium Consulting, a strategic advisory and business applications company

Mr. Ahmad holds a BSc. in Accounting from Ahmadu Bello University and a Masters Diploma in Innovation & Strategy, University of Oxford. He is an Associate, Toronto Center for Global Leadership in Financial Supervision, Canada.

Mr. Andrew Alli qualified as a Chartered Accountant with Coopers & Lybrand (PricewaterhouseCoopers) in the United Kingdom.

He worked for over a decade at the International Finance Corporation (IFC) in different positions including Country Manager for Southern Africa and Nigeria. During that period he represented the IFC on the board of MTN Nigeria Communications Limited. He was subsequently appointed CEO of the nascent Africa Finance Corporation, which he built into a robust DFI focusing on African infrastructure, natural resources and heavy industry sectors. During his tenure as CEO, AFC made cumulative investments of over USD4 billion in 30 African countries and achieved the second -highest credit rating for an African lending institution.

In December 2018, Mr. Alli was appointed CEO of SouthBridge, a pan-African financial services firm focused on Investment Banking and Sovereign advisory, as well as on serving African and global corporates. He served as Non-Executive Director on the boards of ARM Cement Limited (October 2012 – March 24, 20170 and Guaranty Trust Bank Plc (June 2008 – June 30, 2016). He currently serves as an
Independent Non-Executive Director, Development Bank of Nigeria. He is a Member of the Advisory Board, Lagos Business School (LBS).

He holds a BEng in Electronics and Electrical Engineering from King’s College, University of London, and an MBA from INSEAD, France.

Mrs. Omobola Johnson served as Nigeria’s Minister of Communication and Technology from 2011 to 2015. She pioneered the Federal Government’s involvement in a venture capital fund and a network of start-up incubators and participated in the launching and execution of the National Broadband Plan.

Prior to her Ministerial appointment, she was country Managing Director for Accenture. She currently chairs the board of Custodian and Allied Insurance Limited and sits on the boards of Guinness Nigeria Plc as well as World Wide Web Foundation.

Mrs. Johnson is the founding Chairperson of Women in Management and Business (WIMBIZ). She is a member of the World Economic Forum’s Global Agenda Council on Africa; UNDP’s Broadband Commission Working Group on Gender and the International Telecommunication Union’s Powering Development Advisory Board. Since 2015, she has served as Honorary Chairperson of the Global Alliance for Affordable Internet.

Mrs. Johnson attended the University of Manchester where she obtained BEng, Electrical and Electronic Engineering and King’s College London (MSc, Digital Electronics). She has a Doctorate in Business Administration (DBA) from Cranfield University and is a Fellow of the Aspen Global Leadership Network (AGLN).

Mr. Mahmoud is the Managing Partner and one of the founding partners of the law firm of Dikko & Mahmoud. He was elevated to the rank of Senior Advocate of Nigeria in 2001 and is a Life Bencher of the Body of Benchers.

A former Kano State Attorney General and Commissioner for Justice and Attorney General; he was in the public service from 1979 to 1993 during which time he held various positions including Director Litigation, Public Prosecution and Solicitor-General at the Ministry of Justice, Kano.

He chaired the Committee that drafted the Securities and Exchange Commission Code of Corporate Governance for Public Companies 2011. Mr. Mahmoud SAN sits on the boards of various companies and charities including Stanbic IBTC Pension Managers and Aliko Dangote Foundation.

Mrs. Ifueko Okauru, MFR is a Chartered Accountant, Chartered Tax Practitioner and Management Consultant. She served as Executive Chairman of the Federal Inland Revenue Service (FIRS) and as the Chairman, Joint Tax Board between 2004 and 2012. She also served as a Member and Coordinator, Sub-Committee on Capacity Building; United Nations Committee of Experts on International Cooperation in Tax Matters (August 2008 – July 2012).

She is the Founder and Director, ReStraL Limited (Leadership and Management Consultants) as well as Managing Partner of Compliance Professionals Plc. Mrs. Okauru serves as an Independent Non-Executive Director on the boards of Nigerian Breweries Plc and SEPLAT Petroleum Dev. Company Limited. She is also the Chief Program Officer, Dagomo Foundation Nigeria Ltd/Gte.

Mrs Okauru is currently engaged as an associate with the Harvard University Faculty of Arts and Science (FAS) undertaking research in Leadership, Social Enterprise, Culture and the Nigerian Nation.

She is a graduate of the University of Lagos, Nigeria, Imperial College, London and Harvard Kennedy School.

With the above changes, the Board will be comprised as follows:

“I also want to extend a warm welcome to the incoming Directors. The technology industry is fast -moving, and our next 18 years offer a wealth of new and exciting opportunities as a fully digital operator. Their combination of extensive experience across the worlds of technology, finance, regulatory and policy development and corporate governance offers a hugely synergistic set of skills that will be of great benefit to us as we move into a new phase of growth.”