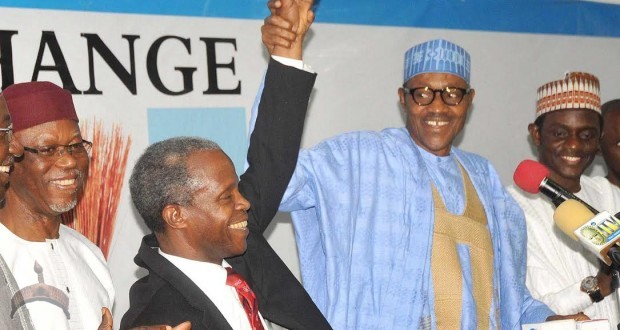 Rule Of Law: No Sacred Cows Under Buhari-Osinbajo

Posted by: Lolade in Breaking News, Politics Comments Off on Rule Of Law: No Sacred Cows Under Buhari-Osinbajo

Vice President Yemi Osinbajo has said that there will be no sacred cows in the application of the rules of law under the administration of President Muhammadu Buhari.  Osinbajo stated this in Abuja on Wednesday at the ongoing 21st National Economic Summit on the theme “Reforming Public Institutions to Ensure Competitiveness And Accountability”.

The vice president specifically charged the elite in the country to play a significant role in upholding existing rules and regulations.
“I find that everybody will like the rules to be applied so long as it will not apply to himself. We can’t apply the rules except we apply the rules to all of us; there should be no sacred cows…If we pick up somebody here and want to try him, I know how many calls I’ll get from people in this room. I’ve had the experience in public service and don’t mind being the tough guy. I’ve sacked people that needed to be sacked. So, there are no sacred cows. The rules will be applied anyway”, he said.

According to the vice president, it is the collective responsibility of all Nigerians to bring about the much-desired changes in the country.
“I think we must be one in deciding in this country that we want a change”, the vice president stated.
He described the reform of public institutions as critical to efficient and transparent use of public resources as well as sustainable delivery of public good at national and sub-national levels.
Daily Trust. 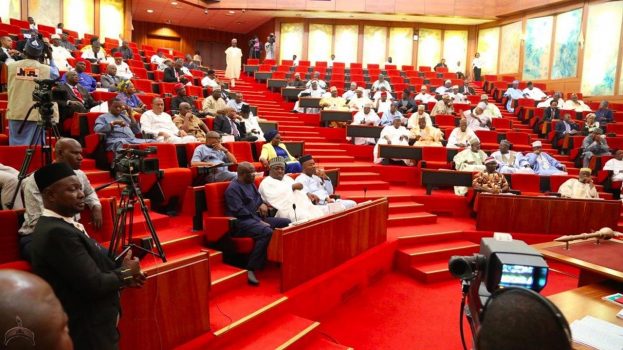 The senate has approved $16,230,077,718 and €1,020,000,000 loans requested by President Muhammadu Buhari.The upper legislative chamber also approved grant components of $125 million. The president had made the request for the facilities in an addendum to the 2018-2020 borrowing plan in September.In July, the national assembly National Assembly approved thr sums of $8.3 billion and €490 million loans as initial requests in the 2018-2020 borrowing plan. While presenting a report on Wednesday, Clifford Ordia, chairman of the senate committee on ...