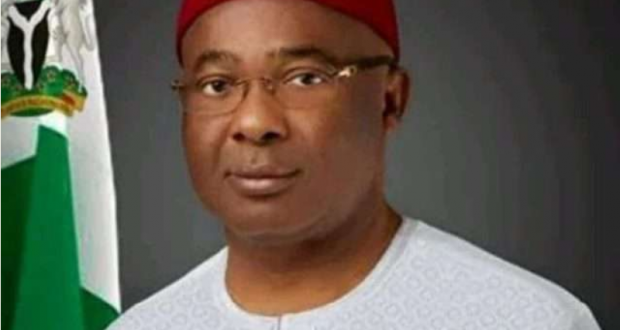 The Imo Council of Elders has said that it is derogatory for members of the opposition to continue to address Governor Hope Uzodinma as ‘Supreme Court Governor’.

The Elders maintain that using such an appellation for the state governor is an insult to the people of Imo, connoting that the people never voted for him.

The Elders also said that they are in support of the current probe by the Imo State House Assembly of the alleged missing N19.63 billion local government funds under the administration of former governor Emeka Ihedioha.

Dr Edmond J K Onyebuchi, Chairman of the Imo Elders Council, who made the remarks on Tuesday at a press conference, said that the elders of the state will henceforth tackle any individual/group who continue address Uzodinma as a ‘Supreme Court Governor’.

‘We are using this opportunity to warn those unpatriotic persons/groups to stop forthwith addressing the governor as a “Supreme Court Governor” as the Elders of Imo will not take it lightly, because those who are doing this are insulting the people of Imo who had voted massively for Sen Hope Uzodinma as governor of the state,’ he stated.

‘Imo people overwhelmingly voted for Sen Hope Uzodinma as their preferred candidate for the exalted office of the governor at the 9 March 2019 governorship election. In spite of this massive support by Imo people, however, unpatriotic, discredited, greedy, egoistic, rapacious and corrupt politicians still tried to steal the mandate freely given to Sen Hope Uzodinma by the electorate. But God stopped this devilish move through the Supreme Court of the Federal Republic of Nigeria.’

Dr Onyebuchi said that the Elders Council are in full support of the current probe of the alleged missing N19.63 billion of the local government funds by the state Assembly under the past governor of the state.

‘We will ensure that Governor Hope Uzodinma does the right thing by guiding him properly as elders of the state.’