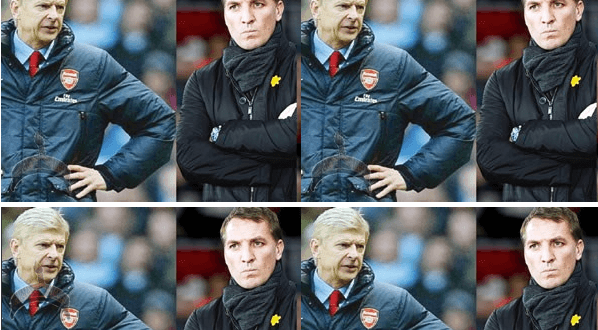 Liverpool visit Arsenal for a potentially definitive Premier League encounter on Saturday , as the runners and riders in the race for Champions League qualification embark upon the season’s final lap, AFPreports. 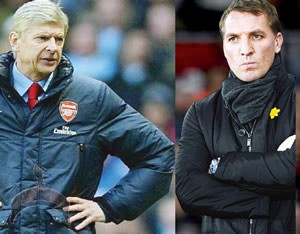 Having had their 13-game unbeaten run ended by Manchester United before the international break, Liverpool find themselves five points below the Champions League spots with only eight games of the season remaining.

Another defeat at the Emirates Stadium could see Liverpool cut adrift, but victory would take them to within three points of their opponents, revitalising their quest for a top-four finish.

“In terms of the objectives going into the game, it’s no different to what it was before Manchester United, but of course we had a disappointing result and performance last time out,” said Liverpool manager Brendan Rodgers.

“We really want to make sure we perform and give ourselves a chance to get a positive result.”

Arsenal are seeking to record a seventh league win in succession – a feat they last achieved in March 2012 – and with Manchester City not in action until Monday, victory would lift Arsene Wenger’s side up to second place.

“It’s a big game and an opportunity for us to continue our run, which is what we want to do,” Wenger told his pre-match press conference.

“You know after the international break it’s always important that you come back and straight away you are on it.”

Mathieu Debuchy, Mikel Arteta, Jack Wilshere and Abou Diaby are all back in training for Arsenal after injury, while Wenger said Danny Welbeck had a “little chance” of playing after hurting his knee on England duty.

Daniel Sturridge and Adam Lallana could both feature for Liverpool despite withdrawing from the England squad through injury, but Steven Gerrard and Martin Skrtel are suspended.

Raheem Sterling, meanwhile, is likely to find more than a few camera lenses trained on him after he confirmed that he has rejected a new contract offer and described reported interest from Arsenal as “flattering”.