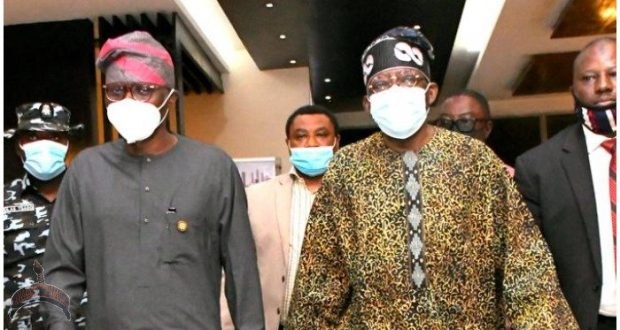 Posted by: Lolade in Uncategorized Comments Off on I’m back to develop Nigeria’s democracy, economy: Tinubu

During his trip abroad, he underwent surgery on his right knee as well as rigorous post-surgery physiotherapy on the said knee.
Contrary to unfounded rumour, he underwent no other surgical procedures and contemplates none in the future.

His recuperation has been without complication and ahead of the schedule by the attending surgeon.

He has returned fully healed from the knee surgery and fully committed to doing his modest part of advancing the cause of progressive democratic good governance throughout our beloved nation.
Asiwaju, first and foremost, would like to thank President Muhammadu Buhari for taking the time to visit him in London to express his wishes for a speedy recovery from the knee operation.

He is also not forgetting others who would have loved to visit him but couldn’t make it and his numerous friends, associates, supporters and well-wishers who have been with him in prayers and supplications to Allah.

Asiwaju Tinubu thanks you all.

Tagged with: Politics The Jagaban Tinubu 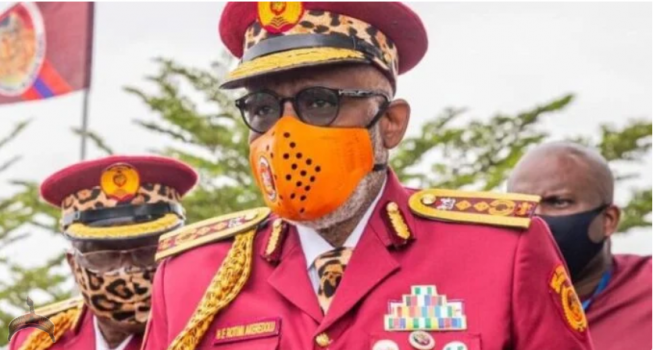 Rotimi Akeredolu, governor of Ondo, says the state will procure arms for operatives of the Western Nigeria Security Network, codenamed Amotekun. The senior advocate of Nigeria (SAN) said if the federal government can allow a security outfit in Katsina to carry arms, then Amotekun should be granted the same right. “The video making the rounds showing the equivalent of the Western Nigeria Security Network (Amotekun Corps) in Katsina, obtaining the approval of the Federal Govt. to bear arms is fraught ...