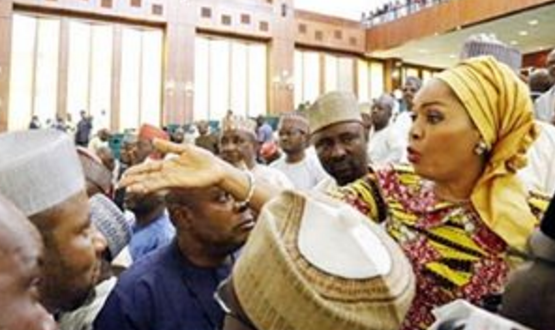 Reps query ₦250,000 per sitting allowance and 4 sittings per day of SWA board members

Posted by: Lolade in Politics Comments Off on Reps query ₦250,000 per sitting allowance and 4 sittings per day of SWA board members

Angered by the N250,000 per sitting allowance of board members of Sovereign Wealth Authority, SWA, the House of Representatives Public Account Committee, PAC, has ordered that it should be furnished with all relevant vouchers concerning such payments within 8 days.

The lawmakers, while vetting the accounts of the authority during an investigative hearing last Friday, discovered that there were multiple entries of four sittings in just one day.

This development did not go down well with the lawmakers who discovered that in some days, the board members sat four times, totalling N1m sitting allowance per board member.

Responding to the query, the Managing Director of SWA, Mr Uche Ubosi, said: “It is the standard practice of sovereign wealth authorities world wide to pay sitting allowances to board members.’’

His response further angered the lawmakers who immediately declared that he should produce evidence of the countries where board members were paid as much as N1m per day.

The lawmakers also queried the reason why all the payment schedules were computer print outs and demanded for signed receipts and signed documents authorising such payments. Crdt: Vanguardngr

Previous: Actress Sophia Gets A Car Gifted From Her Man, Young Mula
Next: Anything Wrong With This Photo ?