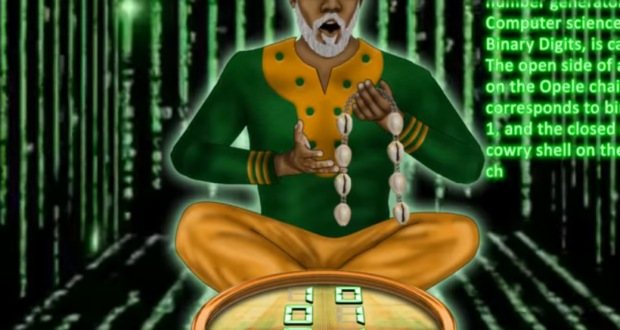 Posted by: ayangalu in Breaking News, Culture Comments Off on The Generalization of Ifa.

What do I mean by this?

Not all messages in Ifa are meant to be generalized. Ifa is mostly personalized for individuals. If the same Odu gave birth to us, that doesn’t mean we have the same destiny, and it’s not mandatory that all we do must be the same just because of our Odu. No! We may have many things in common but the path is personal.

I received my destiny all alone, after coming out of Igbodu, I printed my Odu without knowing what it will be. We didn’t go to see Odu at the same time so we may go through the same channel and have the same sign, but still, destiny is different and the path is personal.

When we are talking and making references to Ifa, we should make sure they are Verses that could be used generally.

Ofun Ose is against drinking of alcohol while Otura Irete has nothing against alcohol, when Aranisan drank alcohol for victory over enemies.

Just like Ifa warns in Ogunda Ogbe that this person should always execute all his plans before telling his family members. Not because they hate him, but whenever he told them, out of joy, they will destroy his plans for him.
Ifa always gives warning in Ogbe Owonrin that before doing anything, this person should always try to listen to the advice of his people (family) before executing any project.

We have many instances but let’s make use of that.

So let us know that Ifa is personal. What is good for you may not be good for me.

Never compare the path of your friend to yours just because you may have the same Odu. Always remember that the path is for the individual and once you get your path right, things will become more clearer.