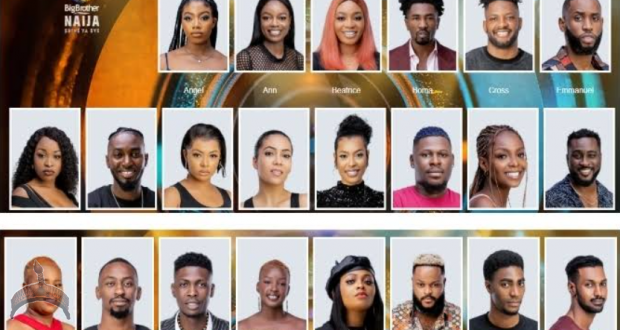 Posted by: Lolade in The Buzz Central Comments Off on #BBNaija Shine Ya Eye: Top 7 Biggie’s Twist

Twist is surely part of why BBNaija is highly unpredictable, Biggie changes the nature and dimension of the game to both housemates and viewers, several twists have brought spice to the game in the previous editions.

Talking about twist in the course of the game, BBNaija 2021 ShineYaEye was not left out as we critically look at the top 10 twists that Biggie add to the game.

For the very first time in the history of BBNaija, Biggie introduced 2 housemates at the very begining of the show and gave other housemates the assignment to think which of them is wildcard. Both the viewers and the listeners were thrown into dark has they all have their suggestion about who is Wildcard.

This twist is the first of its kind, in the past Biggie has only introduced 2 fake housemates that was Ese Eriata and Jon during See Gobe. No doubt, Pere and Maria played this twist so well and even the viewers were shocked.

2. 4 New Housemates
After the eviction of Beatrice, Yerins and Niyi, Biggie introduced 4 new housemates to the house at the point the house had 23 housemates in total which happens to be the highest so far.
Viewers complained bitterly about the show not as interesting as the previous season , this could have resorted to the introduction of Queen, JMK, Micheal and Kayvee to scatter so ships or form more ships for the viewing pleasure of the viewers.

Biggie instructed Maria (head of house) to tell the house that she has been given an assignment to pick 4 housemates that will be evicted on Sunday. This twist came a week after she survived eviction after revealing on the Sunday show that she and Pere are the wildcards.

Biggie made it so real that Maria was given a record book to score her fellow housemates during the week and the housemates with the least score will be evicted on Sunday. This is the first kind of twist in history of BBNaija

4. Double HOH
Jackie B and Jaypaul made history to become the second duo to share Head of House duties and privileges. This twist did not give room for deputy head of house and it happened during Pepper Dem edition when Ike and Mercy became the very first double HOHs.

Eviction twists had always been part of the game every season, we are used to fake evictions but ShineYaEye season, Biggie raiser the bar with an eviction of 4 housemates in a single Sunday eviction show.

The King Size eviction saw the eviction of some of the big players of ShineYaEye Boma and Tega, Micheal and Peace was also evicted that same night.

Both the viewers and housemates were used to 2 or 3 housemates eviction but that twist changed the game.

Nini was handed a secret task to leave the house at midnight and to make sure that no housemate see her when she is about to leave making use of the emergency exit into the white room.
Saga and other housemates woke up for the usual early morning workout to notice that Nini was not in the house, later in the day Biggie gave housemates 20 minutes to search for Nini or else they will pack her bags. Saga slept at the entrance of the diary room as Pere and Angel joined him , this prank has never happened before .

Pere and Angel were faked evicted hoping that one of them will return into the house to complete the top 5 but the backlash and complain mostly from Pere fans about the unfairness of Pere to compete with Angel after his fans have voted did not allow this twist to go by. I can say that twist got wrong for Biggie this time.

For the very first time in the history of BBNaija we had 6 housemates in the final week of the show, beause Pere and Angel fake eviction did not go smoothly as planned. Biggie had to allow both of them return into the house as finalists and compete with Cross, Whitemoney and Liquorose.

Nomination comes first before Head of House and even the broadcasting time moved from 6pm to 5pm. 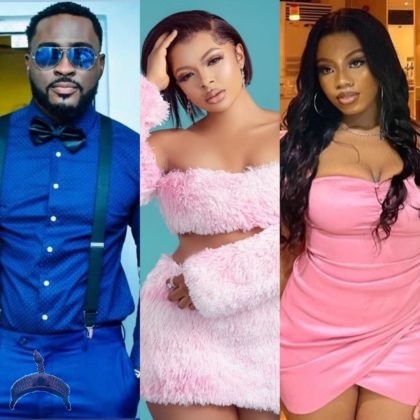 BBNaija Shine Ya Eye housemate, Liquorose has revealed that she was not happy to see Pere and Angel return to the house after they were supposedly evicted. Liquorose said when she saw Pere and Angel walk back into the BBNaija house on Monday, she was unhappy because it meant working harder. She said this during her diary session on Wednesday, the 29th of September 2021. Pere and Angel were asked to leave the house during the live show but were not evicted like Saga, Nini, and Queen. Instead, they were ...