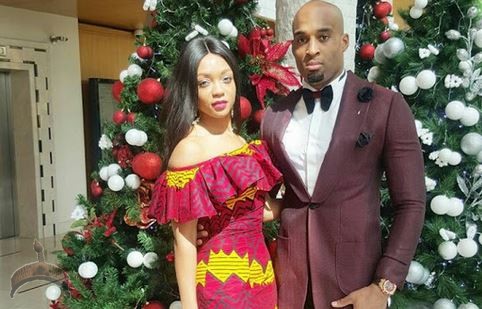 From first meeting at The Palms Lekki, to getting married in 2009, and parenting three lovely kids -two boys and a lady, it is a huge blissful marriage journey for Okwudili Umenyiora and his wife Fifi.
Dilly as he’s fondly called  the CEO of Dilly Motors, A luxury car dealership. He also owns Eric-manny Entertainment, the record label where Gallardo crooner Runtown is signed to.

Dilly seems in the future from a household of celebs as his younger brother Osi Umenyiora is just a professional player in the National Football League (NFL) and had once won the Superbowl. Dilly’s mum is married to who owns Germaine motors, he’s the half brother of Naeto c’s wife Nicole.

He owns a breathtaking mansion in Lekki, which took them four years to build.

We wish him and his family a pleased wedding anniversary. Ase
More pics of the couple and family after the jump break.