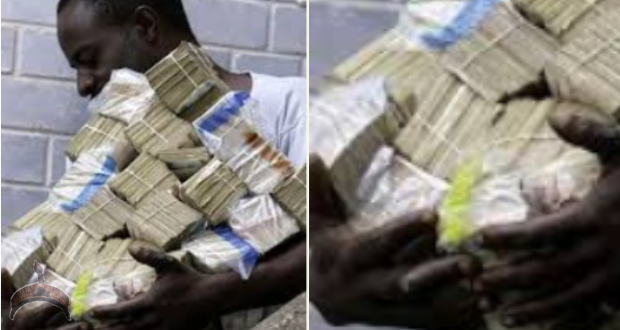 Posted by: Lolade in Metro life Comments Off on 10 Categories Of People That Will React To The Death Of Sergei Mavrodi

Nigerian comic writer, Tosyne2much has come again drawing the attention of people to the categories of people that will probably jubilate over the death of MMM CEO, Sergei Mavrodi

Now that Mavrodi has passed on, no one seems to be sending the deceased farewell messages but derogatory remarks and abusive words are being rained on him.

Reading people air their grievances and what MMM had cost them, we can conclude that the following categories of people will probably jubilate over the death of Sergei Mavrodi

1. Those who resigned their jobs during MMM days

When MMM still had a very strong foothold in Nigeria, some people actually resigned their jobs because, to them, MMM had more prospects than their jobs and could turn them into millionaires overnight. When their Mavros were frozen in December 2016, many became jobless and turned to icon of mockery. There’s no doubt that these people are probably going to celebrate the death of Mavrodi.

2. Those who developed High Blood Pressure

Many people actually developed high blood pressure during when they woke up only to see that their Mavros were frozen.
It took the grace of God to restore the health of many of them, if not, they would have been relegated to six feet by now. Many will agree with Tosyne2much that the death of Mavrodi is like a revenge to them, therfore, they have ever reason to be happy.

3. Those who invested borrowed money

Some people went as far as obtaining loans from friends and family members during the reigning days of MMM. According to them, a bank cannot give you 30% of your savings in thirty years and since MMM could do that in 30 days, it was more rewarding than banks.

The crash of the ponzi scheme put them in unpayable debt and they have been laying curses on Mavrodi since December 2016.. Now that the man is gone, his death is their happiness.

4. Those who invested their school fees

I heard a loud noise from my room this morning and when I came outside to know what was happening, I heard Unilorin students singing praises to God that Mavrodi was no more.

Cases of stranded students were recorded, many were not allowed to write their exams while many ended up with extra year because they invested their school fees into the ponzi scheme which later crashed. Many students have been expressing the joy of Mavrodi on his social page

5. Those who sold their properties/inheritance

As funny as it sounds, some people actually sold their properties/ inheritance and invested the money into the ponzi scheme and when it crashed, suicide was an option for them.

Some were foolish enough to invest their house rent into the scheme and by the time things went as unplanned, they became thugs and used every opportunity to blame Mavrodi for their misfortunes.

During that time, we saw many house owners who became squatters while some became homeless and as I speak to you, they are jubilating since the person who rendered them homeless is no more.

Some pastors were excommunicated from the church and relied off their duty because they used church money to PH
eg Omega Fire Ministry Pastor in the east. Since MMM was responsible for putting an end to their pastorial work, the death of the man is their joy

7. Those that faced police case

Some people took their bosses money and plunged it into the scheme with the hope of getting 30% in return. When they could no longer pay back it became a police case and they were forced to sign an undertaking. These ones are currently happy that Mavrodi is gone

8. Those who PH with the money for the wedding

Since life is all about taking risks, some people actually postponed their wedding using the money for COW, drinks, canopy and bride price to PH with the hope of celebrating their wedding in a grand style after they GH.

When MMM crashed, their relationship also crashed along with it. Believe it or not, these people can never forget the sorrow MMM has caused them and the death of making themselves happy is to celebrate the death of the man

It wasn’t as if some people were not doing well in their finances. They actually had good jobs with very good salary but because the spirit of awoof has not left them. They actually followed the bandwagon and invested their hard earned money into MMM in December. The sorrow MMM caused them will make them happy about the death of the Mavrodi

It wasn’t as if Mavrodi was paying some people but the way they carried MMM on their heading ehn.. Some of them went as far as preaching it to their colleagues at work, friends, family members, native doctors, etc.

MMM crash seemed like rapture to them and those they brought into it held them ransome and they actually used their own money to pay for their losses. Believe me, the death of Mavrodi is their joy

Feel free to add yours

Previous: Moscow to Respond to Expulsion of Russian Diplomats Reciprocally – Kremlin
Next: BBNaija: Teddy A, Cee-C , others nominated for eviction