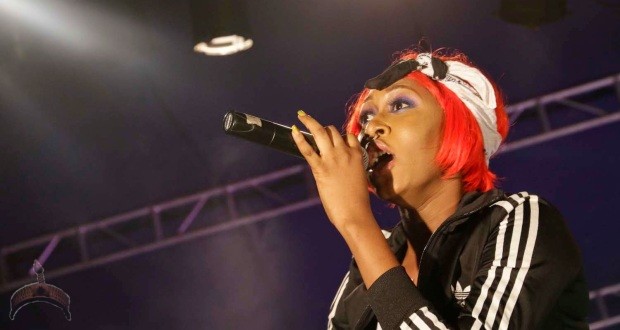 Posted by: AbubakarMuhd in Metro life Comments Off on Cynthia Morgan: Full Gist

Cynthia Morgan has talked about losing everything to the music Chief executive officer said, I had dirts on Jude Okoye, but I didn’t fight him because I didn’t think it was necessary .

Cynthia Morgan has opened up to what she had after she’d a problem with the CEO of her former record label’Northside Records ‘, Jude Okoye.

In a Instagram live chat with former Miss Globe Nigeria, Cassandra, the dancehall star recalled losing her stage name “Cynthia Morgan”, her VEVO account, royalties, Instagram account and other activities as a result of contract she signed and the record label issue she’d with the music executive.

Based on the Cynthia Morgan, she’d dirts on Jude Okoye and could have won if she pushed further, but she decided during those times that it wasn’t necessary.

She however became depressed thereafter and had to relocate to Benin to save cost for treatment of an illness that almost took her life.

On why she didn’t open up during those times, Cynthia Morgan who now matches the name “Madrina” said wasn’t willing to talk as she believed it was a phase of life she’d surmount. She also admitted that a number of colleagues in the music industry reached out to her, but she didn’t say anything because it was all devoted to work which she wasn’t willing to return to then.

The singer who disclosed that she doesn’t wish to sign under a brand anymore, said she has become open to partnership and hoping to stage a comeback.

Davido’s brother and Chairman of HKN Music Group. Adewale Adeleke who also reacted to Cynthia Morgan’s disclosure, stated that fans are very quick to puting the blame on labels or managers for ruining careers of artistes even if they (artistes) sometimes bring their very own downfall. He added that when artistes make it , they claim it is by their very own doing.

Fans be so quick to blame labels or managers for ruining artist careers but when the artist make it, its by their own doing…..doesn’t add up!!!!

Think about it when artist are successful nobody credits the label, or Managers for money or time spent pushing the artist it’s the artist, But let an artist be relevant & go down its the label. The label is greedy the label took all my royalties they left me for dead….

I’m not saying some labels can take artist for a ride and give out horrible contracts. Everyone should remember these artist signed contracts willingly, but some times its the artist themselves that bring their own downfall, no one else!

Continue after the page break to see the Cynthia Morgan’s second full story.

Previous: Eid Mubarak: What is wrong with this Photo?
Next: MayD reacts to a feud between Cynthia Morgan and her Ex-CEO, Jude Okoye