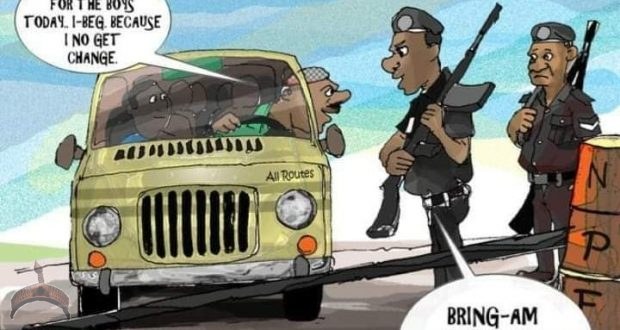 Posted by: AbubakarMuhd in Metro life Comments Off on I will never ever stop wondering how after 5 years of Buhari presidency, police are still mounting road block to extort Nigerians.

It is totally unimaginable! And I will never ever get over this huge disappointment because each morning I go to work, I see them litter the road, and when I am coming back, they litter the my route.

Two poles apart, we have just settled 2 different SARS teams N200 each. And we have continued to settle the regular police teams at their different points.

At least, other administrations, one time or the other, banned road blocks, and tried to enforce same, before they would relax, and enable these men to come back again.

At least, the little time they stopped, Nigeria had some reprieve.

Why is it that no such attempt has been made in this administration? Not by the former IG nor by the present IG.

For how long will this go on?

How can a government fighting corruption condone the ugly sight of its police, totting guns, and collecting money from motorists openly, and even handing out changes?

The Nigerian police is the nation’s image, and the failure to address this malady is one of this admin’s monumental failures.