Don't Miss
Home / Naija Gist / Metro life / DNA Drama: What would you do if you were the Father-in-law? 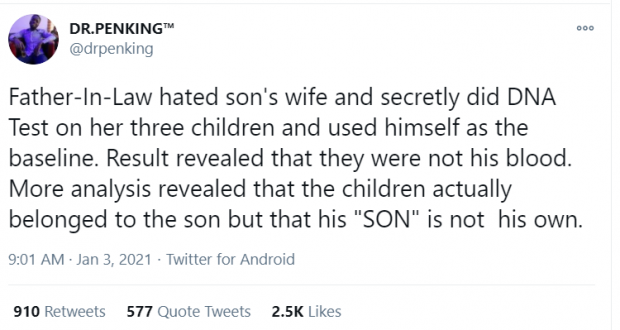 Father-In-Law hated his son’s wife and secretly did DNA Tests on her three children and used himself as the baseline. Result revealed that they were not his blood. More analysis revealed that the children belonged to the son but that his “SON” is not his own.

What would you do if you were the Father-in-law?

Previous: LAGOS in Nigerian vs in American movies movies
Next: Adhere to our advisories if you don’t want another lockdown — Dr. Sani Aliyu