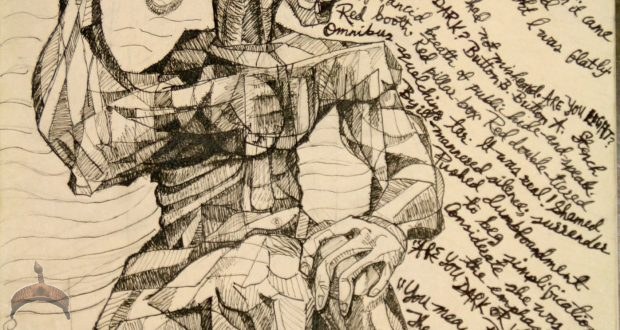 NEPA(PHCN) has taken the light!

Posted by: Lolade in Breaking News, Metro life Comments Off on NEPA(PHCN) has taken the light!

A friend, who is also a devout, church-going Christian just talked with me a few minutes ago. He called from Nigeria.

“What is wrong with these kids?” he asked me. “Why can’t they protest peacefully? What has their quarrel against police brutality got to do with burning down buildings, and looting stores? They are criminals. They are worse than the politicians they are criticizing. If you place them in positions of power, they would do worse.”

I didn’t respond. After all, I didn’t call him. He called. He must have something really important to say to have spent his money calling me.
“And what is this rubbish you are saying about some Yoruba nation?” he continued. “Or is it Oduduwa nation you call it? How is that going to solve our problems? When your idol-worshipping Yoruba ancestors ruled before the coming of Christianity and Europeans, were the lives of the Yoruba people better?”

I still didn’t respond. I continued to listen.
He resumed his talk.
“Why do you think things would be better if the youths led the country? Or if you have the Yoruba nation, does that mean change for the better is guaranteed?”
I didn’t say a word. He stopped talking. And after he stopped talking for a couple of moments, he yelled, “Won’t you say something!”
“You are not calling me on WhatsApp,” I said, finally. “You always called me on WhatsApp. But this time you are calling me on my direct line.”
“I just wanted the line to be very clear,” he continued. “Last time we used WhatsApp there were lots of interruptions.”
“Do you now regret voting for Buhari?” I asked him.
“I’m disappointed with the speech the president gave on the #EndSars,” my friend responded.
“He is reported dead,” I said. “Confirm or contest.”
“I contest,” he said. “He has a wife. But in the era of fake news, you can contest everything.”
“I confirm,” I insisted. “If literally alive, figuratively the man died.”
“Back to my questions,” he maintained.
“Irrelevant,” I argued. “Nothing wrong with the kids. They want a better life for themselves. And they are willing to fight for it.”
“But the destructions,” he rebuked. “They can’t be looting and burning and killing the cops!”
“Whatever would make you pay attention to their plight is fair game,” I avowed.
“Even the burning of shops?” he swore.
“Especially the burning of goods,” I stated. “Collateral damage. They don’t pinch you, why would you care?”
“Looters are criminals and thieves,” he yelled, “and should be brought to justice!”
“Soldiers kill at war,” I reminded him. “Are they not criminals? Should they not be charged with murder? But you decorate them with medals when they murder for you, and you declare them heroes and build monuments for them.”
“Wars are different,” he retorted.
“You declared war on them,” I reasoned. “You deprive them of what is rightly theirs. The youths deserve the right to be gainfully employed on the land of their ancestors.”
“They should pull themselves up by their bootstraps,” my friend philosophized. “Life is not fair.”
“Then stop complaining,” I rebuked. “They are the barefoot generation. They can’t afford boots.”
“My phone battery is low,” he warned. “The phone will die at any time.”
“How sad,” I sympathized. “Just plug it into the power outlet.”
“NEPA has taken the light,” he said. “Since last night. I couldn’t charge the battery and can’t plug the phone to keep it going.”
“Join the kids when next they protest,” I affirmed. “They fight for you too.”
“You have a point there,” my friend realized. “My suggestion is that—“
A buzzing sound.
“Are you there?”
The white noise continued.
“Jide! Jide!,” I repeated. “You have a suggestion…? Jide?”