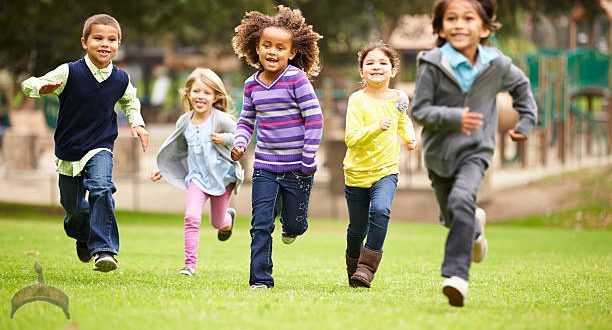 Posted by: Lolade in Breaking News, Metro life Comments Off on The Psychology of Children

The transgender movement wants you to believe that young children know exactly what they want and, therefore, they should be allowed to have it.

Even without the obvious guidance, nudging, and grooming from teachers, parents, and friends, some of these children want to change genders — we are told.

This is bullshit only a demented person would believe.

Children change their minds every day. They want to be firefighters, doctors, football players, parents, and gardeners. They want to look like THIS friend on Monday and THAT friend on Tuesday.

Parents have the job of keeping all these flights of fancy in line. Meaning — think what you want to, Jimmy, but we’re not letting you cut off all your hair or get on a boat and paddle out into the ocean looking for sharks.

What parents keep in line their kids can rebel against later; much later; if they decide to. But now, no dice.

Transgender guides and recruiters and groomers and outright pedophiles want to destroy that set-up. They want to “discover what a child wants,” as long as it aligns with what THEY want for the child.

It’s a vicious game. It’s an obvious con. Because it’s so obvious, the hustlers need mountains of propaganda and fake psychological theory, and mass social media attacks to tip the public scales in their favor.

They even need the backing of government bureaucrats and politicians. And doctors with no conscience.

When the doctors chime in, we get GENDER DYSPHORIA, a psychological condition out of nowhere. Of course, it has no defining physical test. It’s a piece of social conditioning pumped up to look like science.

“Yes, Mr. and Mrs. Smith, your son is suffering from gender dysphoria.”

No, your son has a criminal doctor. That’s the problem.

Here’s a secret. Any reasonably intelligent and clever adult could take a young child, and after spending enough time with him, stands a good chance of turning that child into a person desperately yearning for sex change. The yearning would be quite convincing. People would say, “Well, this child NEEDS to transition. This is very serious. If he doesn’t get what he needs, he’ll be irreparably damaged.”

I’ve seen children act that desperately about wanting sugar, or internet access. When the parents travel past a certain threshold of permissiveness with a child, all sorts of strange things begin to happen. It’s very hard to turn back the clock. It might be impossible. The child gets an idea into his head, and the universe is going to end if he can’t bring that idea to fruition.

Again, don’t forget about the medical component, because we’re talking about chemical intervention. Puberty blockers. The doctors and the medical societies are blithely passing this off as a minor issue of no real concern.

Excuse me? Screwing around with a young child’s hormone levels is a minor issue? Do you really buy the claim that the chemicals can be stopped and then the process of attaining puberty picks up where it left off, and there are no problems?

This is a chemical INVASION. This is fronted by pharmaceutical companies that have a new market and a new profit plan. They’re the last people you should look to for any sign of conscience.

Do parents raise their children based on biases? Of course. This has been the case since the dawn of history. But children catch on to that dynamic sooner or later. They realize a day will come when they can make their own decisions.

However, when the biases come from new charming adults on the outside of the family, who affect the pose of friendship and true caring, and thus imply to the child (or state it overtly) that there is a whole other world, right now, which the child can enter — having strayed from home — and this is a very SAFE world…

The child is intrigued.

This is a form of kidnap.

This is a prime illustration of temptation. With ripe victims for the taking.

The child is too young to understand the mechanisms of seduction.

As you can see, if you follow the news, transitioning children has become an industry, with the backing of the government.

But you shouldn’t be put off or confused by the surprise.

You should look straight at what this is.

And you should deal with it on those terms. Come hell or high water.

Previous: ‘Peter Obi Is Not Popular In Nasarawa’ – Gov Sule Explains Why 2023 Presidency Is Between Tinubu And Atiku
Next: El-Rufai declares three-day public holiday for voter registration