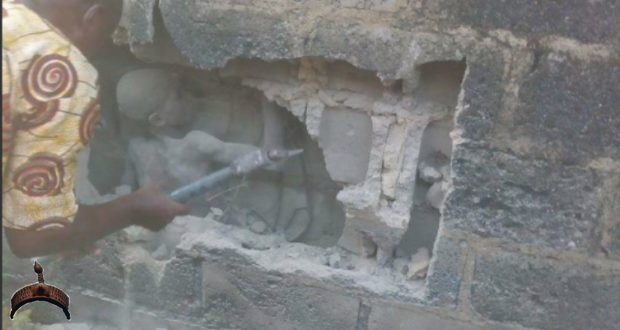 Posted by: Lolade in Breaking News, Metro life Comments Off on True Story Of ‘Boy Sealed In Wall’ In Ondo As Told By Neighbours – 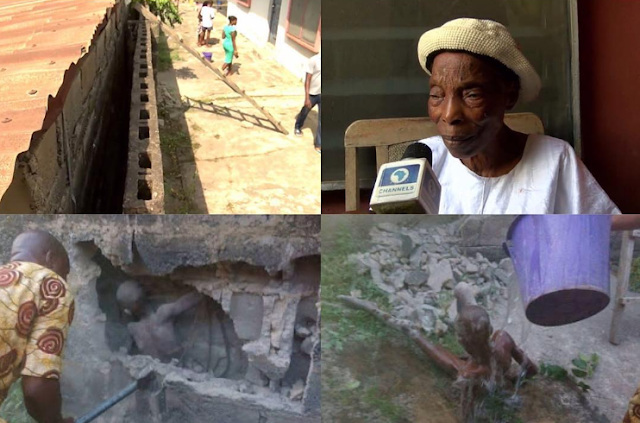 Last week, the report of a boy said to have been sealed in the wall of a house in Ondo town, spread without details and rumours have been circulating about the reality of the occurrence.  Channels Television crew, however, visited the very house where the incident happened. The boy, Aduragbemi Saka, is said to have fallen between the walls of a building and a fence. 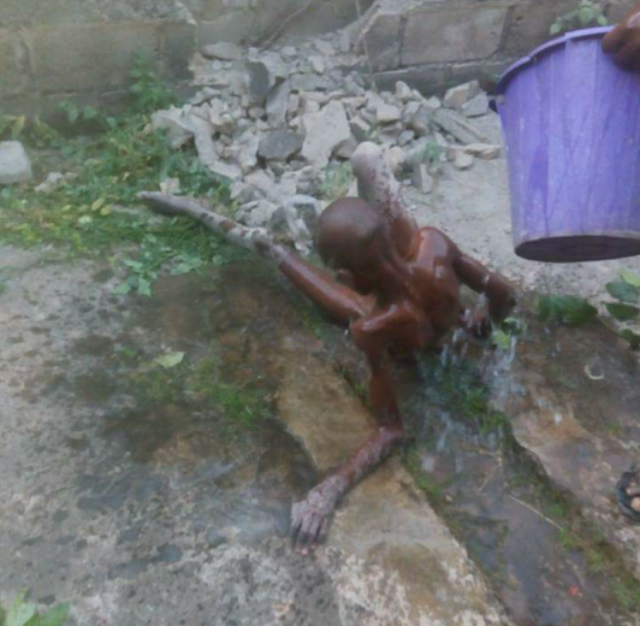 According to the information gathered, the owner of the house had travelled out of the country several years ago. But the building at the back is being inhabited by students of the Adeyemi College of Education. 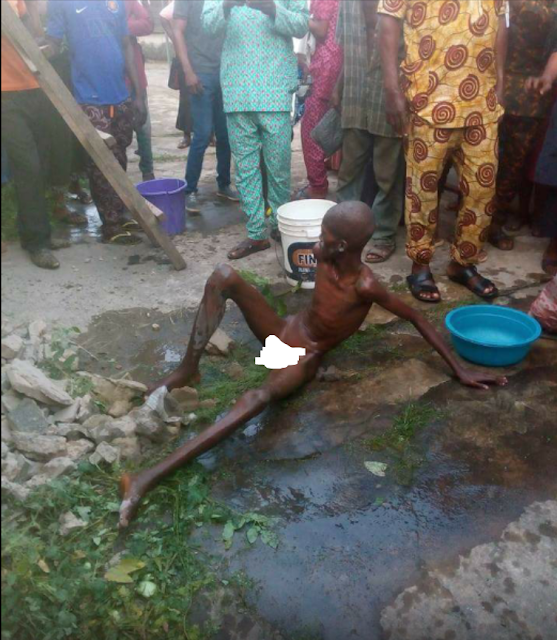 Charity Adebayo, one of the students, told Channels TV that Saka, who is suspected to be mentally deranged, fell into a little space between the walls of the house and a food canteen next to it.  “We started hearing the boy saying meaningless things from inside the wall,” she said. Charity explained that at daybreak, people came and broke the fence and brought him out.

According to her, the grandmother of the boy came to pick him. Felicia Olaniyi, who operates the food canteen at the other side, gave her own account of the story. “The boy was said to have escaped from his grandmother one evening while she was taking him to a church for healing. The boy must have fallen in-between the walls of the two buildings,” she said. . 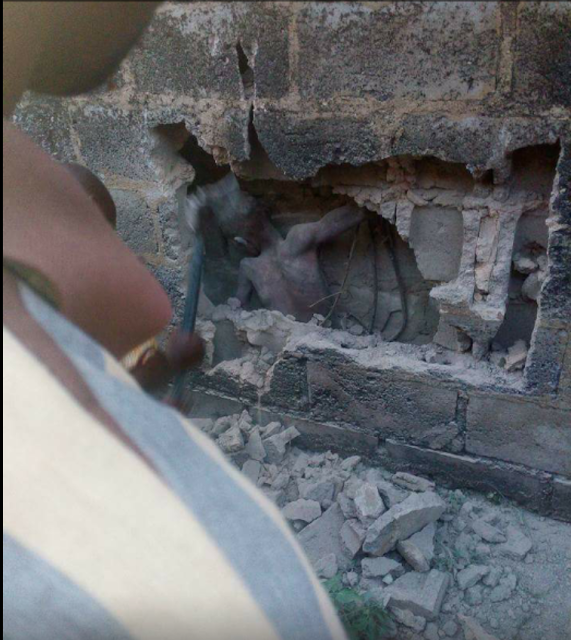 Michael Gbala, a medical practitioner, who also lives in the neighbourhood told Channels TV that he learnt that the boy was mentally deranged. Channels TV crew proceeded to the church where Saka was taken to by his grandmother for healing, overseen by an old woman, Prophetess Dorcas Adebayo (pictured).

Prophetess Adebayo said the boy’s grandmother brought him for healing but later came back to take him away. A little boy however, said Saka had been taken to the State Specialist Hospital. ‎

At the hospital, sources said Saka was admitted but had since been discharged. When Channels TV got to Saka’s house, it was locked and residents refused to speak to reporters, but however said that they knew the boy but had not seen him for a long time. 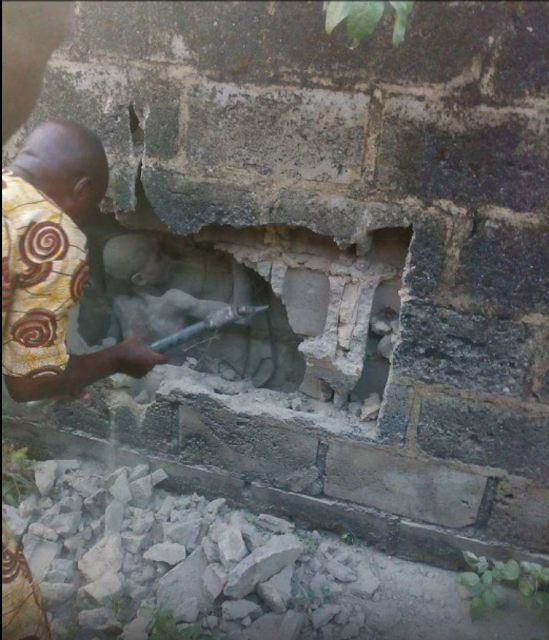