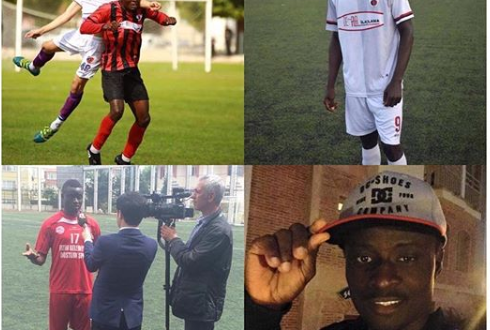 Posted by: Lolade in Local News Comments Off on Photos: Nigerian Footballer Dies Of Cardiac Arrest During Match In Turkey.

A 23-year-old Nigerian footballer, Ekundayo Ebenezer Mawoyeka, has died after suffering a cardiac arrest during a match, yesterday, in Turkey.

Previous: Photo: ‘My Wife Supports Me When I M@sturbate’ – Father Of 4 Reveals Why.
Next: Fayose Abandoned Us For Years – Warm Springs Resort Manager Tells Gov Fayemi During Inspection