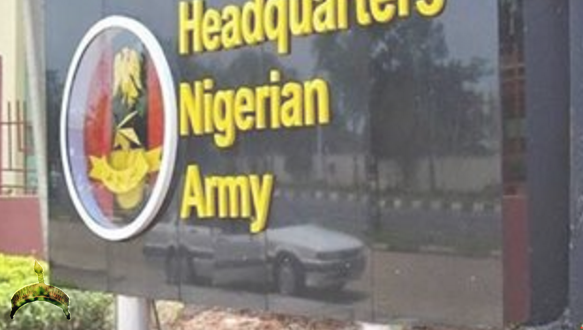 Posted by: AbubakarMuhd in Local News Comments Off on No Nigerian Territory Under Boko Haram Control – Defence Headquarters

Hints of speedy rescue of abducted aid workers in N’East

The Defence Headquarters (DHQ) has denied the presence of Boko Haram and Islamic State for West African Province (ISWAP) terrorists in any part of Nigeria.

The denial yesterday followed the rumoured take-over of towns in Borno by members of the sect.

“Boko Haram is not holding any inch of our territory. They have been pushed down to the island between Nigeria and neighbouring Chad and Cameroun and that is where they come from to attack soft targets. The insurgents have been decimated and decapacitated,” Acting Director, Defence Information, Brigadier General Onyema Nwachukwu, stated in Abuja while giving updates on the various joint operations coordinated by the DHQ.

Nwachukwu, who disclosed that the military had intensified efforts to rescue the abducted humanitarian workers, however said caution must be exercised to prevent the captives from being killed by their captors.

“Abductions are one of the tactics used by terrorists all over the world to raise funds. The troops have to tread carefully because any wrong movement could lead to the annihilation of the captives. So it is a complex situation which we must be careful of,” he noted.

The defence spokesperson assured Nigerians of safety during the Yuletide, stating: “You are very much aware that as the year draws to an end, historical antecedents of ember months and the Yuletide indicate that unscrupulous and criminal elements within the society may take advantage of the festive season to perpetrate criminal and atrocious activities.

He maintained that tremendous results had been recorded across all the geopolitical zones in the ongoing joint internal security operations in the last three months.

On Operation HADARIN DAJI in Zamfara, Nwachukwu submitted: “The gallant troops have, within the last three months, neutralised several bandits in fierce combats and arrested 389 others. The rampant cases of kidnapping have been significantly reduced with 1,048 victims rescued and 48 suspected kidnapers arrested.”

Regarding the Operation WHIRL STROKE in Benue, Nasarawa and Taraba, the spokesman said over 32 offensives on armed herdsmen, militia gangs and suspected kidnapping camps led to the destruction of 82 kidnappers’ dens, arrest of over 266 bandits as well as seizure of one illegal arm manufacturer and three gun-running kingpins among other feats in other operations across the federation.