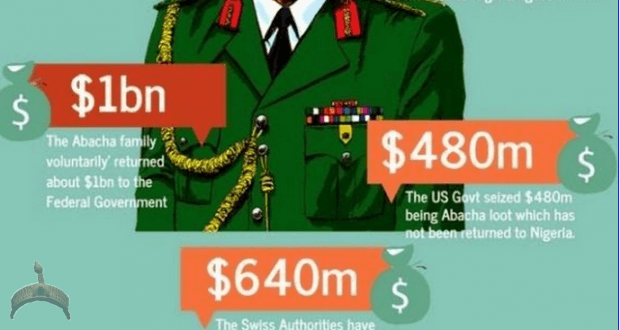 Geneva prosecutors said Tuesday they requested the cash seized in Luxembourg beginning in 2006. It was transferred to Switzerland and formally seized a year ago after an assention in the between  Nigeria and the Abacha family under which the Nigerian government dropped its argument against the late Abacha’s son, Abba Abacha.

The cash, seized on the premise that the Abacha family was a criminal association, will now be sent back to Nigeria under World Bank supervision. Geneva prosecutors shut their own particular case, opened in 1999, in which Abba Abacha was the last individual still under scrutiny. Switzerland has already sent back to Nigeria more than $700 million that Sani Abacha stashed in Swiss accounts. 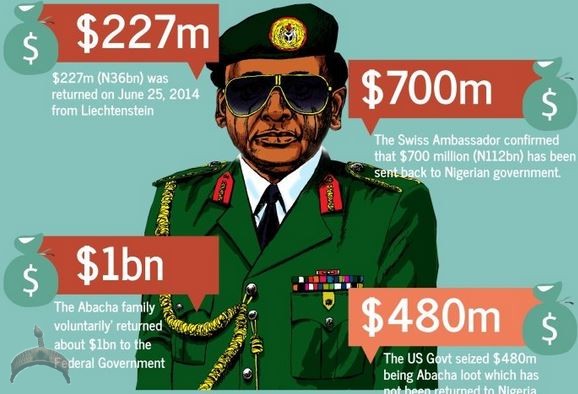 Yes money has been recovered in the name of ABACHA LOOTS :I however cannot get myself to believe in this gross insanity being demonstrated by Nigerian Political Leadership regarding this issue. There are unanswered questions that is making Nigerians look stupid, and until such questions are answered, our Political Leaders are bunch of mad people for insulting our sensibility ,intelligence and integrity. The questions are;-1)Where are the Babagida loots?2)where are the Abdusalami loots?3)where are the Obasanjo loots?4)where are the Jonathan ...