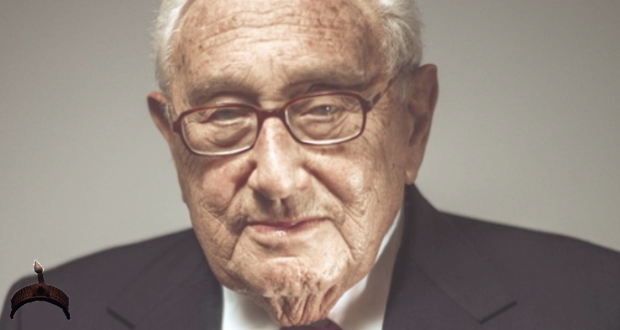 The death of Kissinger’s Shuttle Diplomacy: the Jerusalem factor

Posted by: BalogunAdesina in World News Comments Off on The death of Kissinger’s Shuttle Diplomacy: the Jerusalem factor

by Ghassan Kadi for the Saker Blog

No man has possibly served the American Empire as much as Henry Kissinger did, and with all the literature, including screenplays, that have been written about him and his “shuttle diplomacy”, none probably described his biggest ever performance than Patrick Seale in his book “Asad”. After all, even though Kissinger is always remembered as the diplomat who has negotiated terms of settlement with the Vietcong, the Vietnam war was a fait accompli long before the negotiations took off, and if anything, his role was that of damage-control and face-saving; no more, no less.

Kissinger’s true, and perhaps only, major success story was his shuttle diplomacy that paved the way for the historic, albeit infamous, Camp David Agreement between Egypt and Israel.

Before Kissinger’s shuttle diplomacy, a term and modus operandi he initiated, all indirect contacts between Arabs and Israelis were done via the UN and its multitude of organizations, and any would-be peace talks, were done via the USA and the USSR. Even the post Yom Kippur War peace deal that Kissinger himself was meant to broker between the Arabs and Israel, was also meant to involve the Soviets as equal partners to America in the negotiation process. But Kissinger managed to convince Sadat that he can negotiate a better deal for him directly with Israel, and without having to involve Egypt’s war time partner, Syria.

The rest is history, and since then, and technically until the 28th of September 2015, the Soviet/Russian presence in the Levant was reduced to a naval facility in the Syrian port of Tartous. This statement is not to undermine the huge effect of more recent Russian UNSC vetoes since the “War on Syria” started between 2011 and 2015, but effectively, the Russian presence took a turn when Russia engaged itself militarily in attacking terror organizations on Syrian soil on the 28th of September 2015.

In between Kissinger’s shuttle diplomacy triumph and the 28th of September 2015, emboldened by the New World Order single super power status, America reigned in the Levant single-handedly as the only power on the ground.

According to Kissinger’s achievements, some of which were put into American foreign policy law, ensuring the security of Israel became an American undertaking and all of the so-called peace negotiations, including those of Oslo, were only intended to ensure the security of Israel and to maintain the power balance grossly in its favour.

Driven by arrogance and self-grandeur, America did not foresee that it should have used the time it had at the top in order to twist the arm of Israel to coerce it to accept a peaceful settlement with the Palestinians. And every time the Palestinians were prepared to let go of more rights, Israel demanded more privileges. Not only did this inadvertently lead to the formation of Hamas, but even the very pliable and malleable PLO remained unable to reach a peace agreement, despite the large number of huge concessions it gave the Israeli side.

America has had a golden opportunity and ample time to negotiate an Arab/Israeli peace deal. No peace deal at all would keep all parties fully satisfied; especially the hardliners on both sides. That said, with the right intentions, America could have brokered an agreement that pleased a workable majority on both sides of the divide. However, in dealing with the crisis, America did not give Palestinian rights in specific, and Arab/Muslim rights in general, any consideration at all.

This is why all peace talks that followed the era of Kissinger all the way till the end of the days of John Kerry have failed; they were predestined to either fail, or to coerce Palestinians and the rest of Arabs to accept the unacceptable.

Later on, as the “War on Syria” was waged, the “Anti-Syrian Cocktail” with all of its diverse elements and members; including the USA and Israel, were certain of an easy and prompt victory and the capitulation of the axis of resistance.

Whether the fruit of Kissinger’s “shuttle diplomacy” was the love-child of the petro-dollar or the other way around, is a matter akin to what comes first, the chicken or the egg. The two went hand-in-hand, and unabated for a few decades; but the momentum has been lost and the Camp David Agreement zenith cannot be repeated; even on a smaller scale.

But the petro-dollar is also losing its breath. The rise of the joint Russian-Chinese might in particular, and BRICS more generally, is certainly putting the noose around the neck of the Greenback. The American trade deficits compounded with the massive physical gold reserves that the Russians and Chinese in particular are accumulating will soon make the petro-dollar look like “Monopoly” money. Even Saudi Arabia, America’s partner in the petro-dollar fiasco, has recently showed interest in trading with China with gold-backed Yuan.

It is as if the house of cards is tumbling down as what underpins its foundations, one by one, is crumbling.

From the Arab side, Saudi Arabia and its GCC remain within the American camp, and increasingly less covertly, on the Israeli side. GCC state officials have had several meetings with Israeli counterparts over the years, and of late, GCC officials have been making statements declaring that Israel is not an enemy. It is as if they are conditioning Arabs to listen to this rhetoric, clearly with the ultimate objective of normalizing relationships with Israel; something that the Arab street continues to refuse to accept, even in Egypt and Jordan despite their peace treaties with Israel and exchange of diplomatic representation.

Even Erdogan, the great enemy of secular Syria and one who has promised to go into Damascus, triumphant, to pray in the great Omayyad Mosque after the fall Assad, a supposed American ally who continues to be, thus far, a NATO member, finds himself and his national interests closer to Russia than to America. The Turkish-American schism started when the Obama administration did not listen to Erdogan’s ultimatum to choose between supporting Turkey or the Kurds.

For better or for worse, and leaving the rest of the world aside if we can, Trump is hastening the process of making America irrelevant in the Middle East.

By moving the US Embassy to Jerusalem, many reactions have followed.

Condemnations came from right across the globe, not only from the Arab and Muslim Worlds. Even EU leaders like the French President and German FM have had their say voicing their shock and disappointment.

To “outsiders”, the reaction of Muslims and Palestinians may seem like an over-kill. Some cynics and critics are wondering about the significance of a tokenistic move by America vis-à-vis the bigger reality of occupation on the ground. Such voices are saying that Trump’s decision did not effectively change anything at all. Others may see the wave of rejection as an irrational Muslim upheaval that will eventually run out of steam. But the bottom line is that with Trump’s decision, America has moved itself further away from the few Arab and Muslim supporters it has left in the Middle East.

To say that this move has pushed America closer towards irrelevance would be an under-rated statement. By agreeing to relocate the American Embassy in Israel to Jerusalem, Donald Trump has sealed and dusted that deal that makes America totally irrelevant in the Middle East.

Even the Saudis, the staunch supporters of America and only vocal Arab supporters left, are too embarrassed to back Trump on his decision. So, in effect, with his decision to move the embassy to Jerusalem, Trump has galvanized rivaling Muslim factions and groups into a united voice on the single issue of Jerusalem. Even Saudi Arabia and Iran will not openly disagree with each other on this issue. Erdogan pre-warned Trump and referred to Jerusalem as a “redline”. But so was supporting Kurds. How many breached redlines does Erdogan need before he re-evaluates Turkey’s strategic alliances and perhaps even leaves NATO?

Tokenistic as it may mean to some, Trump’s decision means that no Arab or Muslim leader can be seen supporting it without risking street riots and even revolutions.

On the bigger picture however, American irrelevance means that the few Arab states and organizations that remained in hope that one day, perhaps one day, America will be able to broker for them a proper and just peace deal with Israel, have lost hope; and most likely permanently.

This new phase means that the successes of Kissinger’s “shuttle diplomacy” are already a thing of the past; effectively as of now. Apart from the much smaller role Russia played in Georgia in 2008, with Russia actively on Syrian ground, having succeeded in her first real ever military venture outside its borders since the demise of the USSR, the wheel of fate has made a one hundred and eighty degree turn. To this effect, America has catapulted itself out of the position of sole power and dominance, and in doing so, it inadvertently invited Russia back in with open doors.

Kissinger is not turning in his grave yet. He is alive and “well” and watching the mess of what subsequent American shuttle diplomacy, which ironically tried to shape itself on his image, has created and what it has made out of his achievements; not only in as far as giving America the sole power in the Middle East region, but also in terms of what the reversal of his achievements is going to eventuate into when it comes to his obsession with ensuring the security of Israel.

Previous: Close escort of a cargo plane plays game of peek-a-boo after cargo drop
Next: Comment Of The Day: The unintended consequences of Israeli indifference