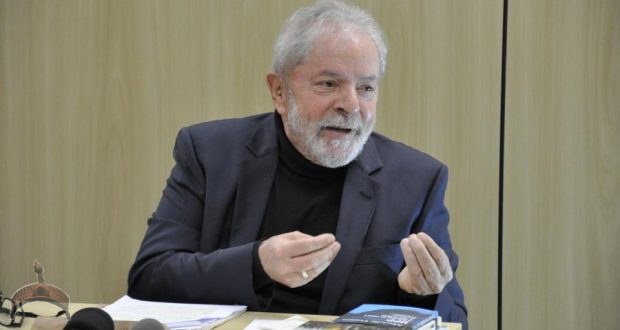 Lula tells world he’s back in the game from jail

Posted by: BalogunAdesina in World News Comments Off on Lula tells world he’s back in the game from jail

Meanwhile, fires rage in the Amazon and Brazilian President Bolsonaro has become a target of global indignation.

By Pepe Escobar from Brazil – posted with permission

Brazil has always been a land of superlatives. Yet nothing beats the current, perverse configuration: a world statesman lingers in jail while a clownish thug is in power, his antics now considered a threat to the whole planet.

In a wide-ranging, two-hour, world exclusive interview out of a prison room at the Federal Police building in Curitiba, southern Brazil, former president Luis Inacio Lula da Silva not only made the case to global public opinion for his innocence in the whole Car Wash corruption saga, confirmed by the bombshell leaks revealed by The Intercept, but also repositioned himself to resume his status as a global leader. Arguably sooner rather than later – depending on a fateful, upcoming decision by the Brazilian Supreme Court, for which Justice is not exactly blind.

The request for the interview was entered five months ago. Lula talked to journalists Mauro Lopes, Paulo Moreira Leite and myself, representing in all three cases the website Brasil247 and in my case Asia Times. A rough cut, with only one camera focusing on Lula, was released this past Thursday, the day of the interview. A full, edited version, with English subtitles, targeting global public opinion, should be released by the end of the week.

Lula is a visible embodiment of Nietzsche’s maxim: whatever doesn’t kill you makes you stronger. Fully fit (he hits the treadmill at least two hours a day), sharp, with plenty of time to read (his most recent was an essay on Alexander von Humboldt), he exhibited his trademark breadth, reach and command of multiple issues – sometimes rolled out as if part of a Garcia Marquez fantastic realism narrative.

The former president lives in a three-by-three-meter cell, with no bars, with the door open but always two Federal policemen outside, with no access to the internet or cable TV. One of his aides dutifully brings him a pen drive every day crammed with political news, and departs with myriad messages and letters.

The interview is even more astonishing when placed in the literally incendiary context of current Brazilian politics, actively flirting with a hybrid form of semi-dictatorship. While Lula talks essentials and is clearly recovering his voice, even in jail, President Jair Bolsonaro has framed himself as a target of global indignation, widely regarded as a threat to humanity that must be contained.

It’s all about the Day of Fire

Cut to the G7 in Biarritz: at best a sideshow, a talk-shop where the presumably liberal West basks in its lavish impotence to deal with serious global issues without the presence of leaders from the Global South.

And that brings us to the literally burning issue of Amazon forest fires. In our interview, Lula went straight to the point: by noting the absolute responsibility of Bolsonaro’s voter base.

The G7 did nothing but echo Lula’s words, with French President Emmanuel Macron stressing how NGOs and multiple judicial actors, for years, have been raising the question of defining an international statute for the Amazon – which Bolsonaro’s policies, single-handedly, have propelled to the top of the global agenda.

Yet the G7’s offer of an immediate $20 million aid package to help Amazon nations to fight wildfires and then launch a global initiative to protect the giant forest barely amounts to a raindrop.

[Brazil, after this article was written, rejected the proffered aid from G7 countries, with a top official telling France’s President Macron on Monday to take care of “his home and his colonies,” AFP reported. “Maybe those resources are more relevant to reforest Europe,” Onyx Lorenzoni, Bolsonaro’s chief of staff, told the G1 news website. “Macron cannot even avoid a foreseeable fire in a church that is a World Heritage site. What does he intend to teach our country?” He was referring to the fire in April that devastated the Notre-Dame Cathedral. “Brazil is a democratic, free nation that never had colonialist and imperialist practices, as perhaps is the objective of the Frenchman Macron,” Lorenzoni said. -eds.]

Significantly, US President Donald Trump did not even attend the G7 session that covered climate change, attacks on the biodiversity and oceans – and Amazon deforestation. No wonder Paris simply gave up issuing a joint statement at the end of the summit.

In our interview, Lula stressed his landmark role at the Conference of Parties (COP-15) climate change summit in Copenhagen in 2009. Not only that, he told the inside story of how the negotiations proceeded, and how he intervened to defend China from US accusations of being the world’s largest polluter.

At the time Lula said: “It’s not necessary to fell a single tree in the Amazon to grow soybeans or for cattle grazing. If anyone is doing it, that is a crime – and a crime against the Brazilian economy.”

COP-15 was supposed to advance the targets established by the Kyoto Protocol, which were expiring in 2010. But the summit failed after the US – and the EU – refused to raise their projections of CO2 reduction while blaming Global South actors.

In a sharp contrast with Lula, Bolsonaro’s project actually amounts to a non-creative destruction of Brazilian assets such as the Amazon for the interests he represents.

Now the Bolsonaro clan is blaming the government’s own Cabinet of Institutional Security (GSI, in Portuguese) – the equivalent of the National Security Council – led by General Augusto Heleno, for failing to evaluate the scope and gravity of the current Amazon forest fires.

Heleno, incidentally, is on record defending a life sentence for Lula.

Still, that does not tell the whole story – even as Bolsonaro himself also kept blaming “NGOs” for the fires.

The real story confirms what Lula said in the interview. On August 10, a group of 70 wealthy farmers, all Bolsonaro voters, organized on WhatsApp a “Day of Fire” in the Altamira region in the vast state of Pará.

This happens to be the region with the highest number of wildfires in Brazil – infested with aggressive rural developers who are devoted to massive, hardcore deforestation; they’re invested in land occupation and a no-quarter war against landless peasants and small agricultural producers. “Day of Fire” was supposed to support Bolsonaro’s drive to finish off with official monitoring and erase fines over one of the “Bs” of the BBB lobby that elected him (Beef, Bullet, Bible).

Lula was evidently well informed: “You just need to look at the satellite photos, know who’s the landowner and go after him to know who’s burning. If the landowner did not complain, did not go to the police to tell them his land was burning, that’s because he’s responsible.”

On the road with the Pope

A vicious, post-truth, hybrid-war strategy may be at play in Brazil. Two days after the Lula interview, a fateful paella took place in Brasilia at the vice-presidential palace, with Bolsonaro meeting all the top generals including Vice President Hamilton Mourao. Independent analysts are seriously considering a working hypothesis of the sell-out of Brazil using global concern about the Amazon, the whole process veiled by fake nationalist rhetoric.

That would fit the recent pattern of selling the national aviation champion Embraer, privatizing large blocks of pre-salt reserves and leasing the Alcantara satellite-launching base to the United States. Brazilian sovereignty over the Amazon is definitely hanging in the balance.

Considering the wealth of information in Lula’s interview, not to mention his storytelling of how the corridors of power really work, Asia Times will publish further specific stories featuring Pope Francis, the BRICS, Bush and Obama, Iran, the UN and global governance. This was Lula’s first interview in jail where he has felt relaxed enough to relish telling stories about international relations.

What was clear is that Lula is Brazil’s only possible factor of stability. He’s ready, has an agenda not only for the nation but the world. He said that as soon as he leaves, he’ll hit the streets – and cash in frequent flyer miles: he wants to embark alongside Pope Francis on a global campaign against hunger, neoliberal destruction and the rise of neo-fascism.

Now compare a true statesman in jail with an incendiary thug roaming his own labyrinth.

Previous: Nigerians are under attack in Pretoria CBD, South Africa – Videos
Next: Why Are Nigerian Fraudsters Unrelenting ? – Quora 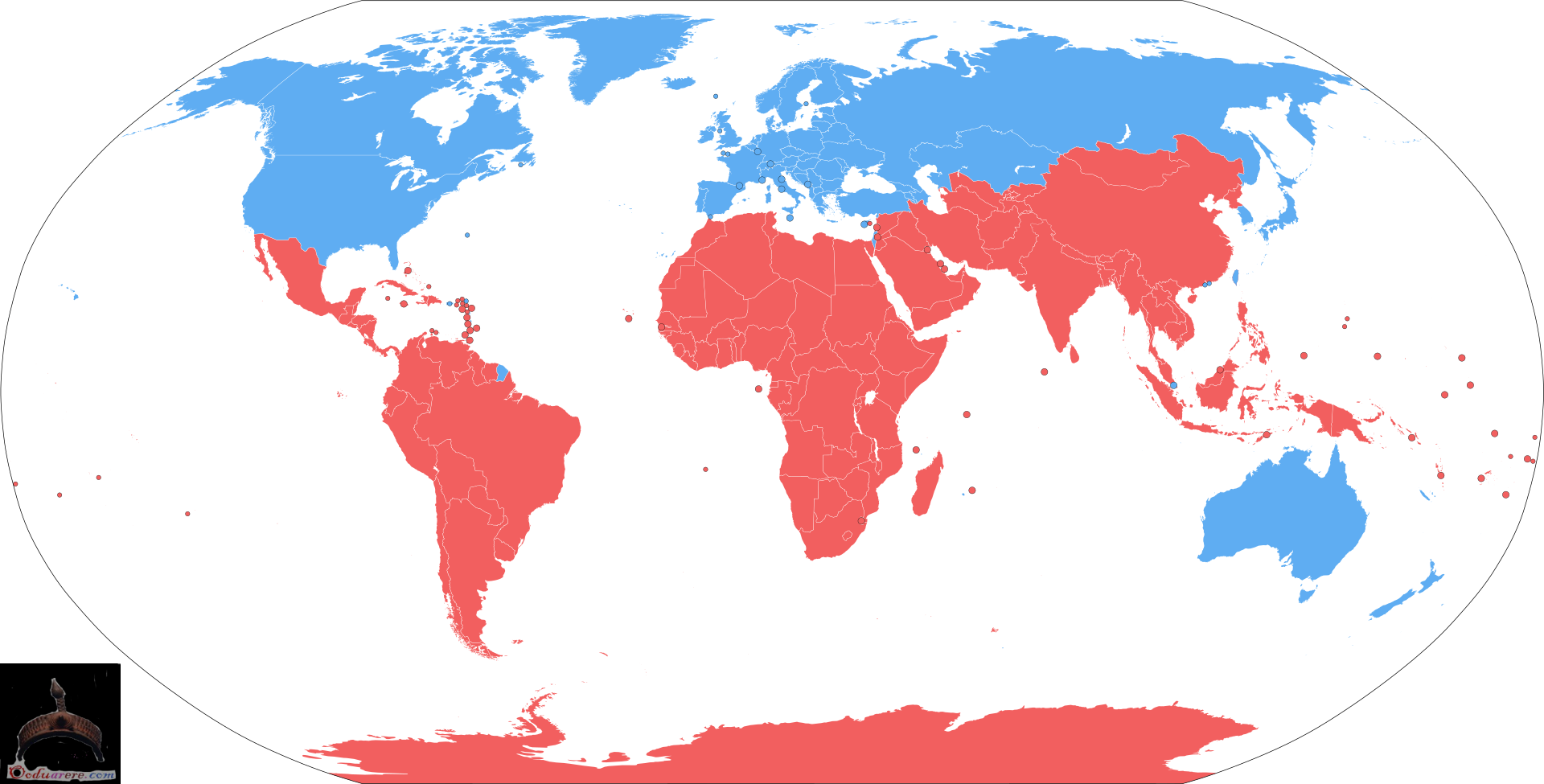 by Pepe Escobar, first published at The Cradle, reposted here with the author’s permission The adoption of commodity-backed currencies by the Global South could upend the US dollar’s dominance and level the playing field in international trade. Let’s start with three interconnected multipolar-driven facts. First: One of the key takeaways from the World Economic Forum annual shindig in Davos, Switzerland is when Saudi Finance Minister Mohammed al-Jadaan, on a panel on “Saudi Arabia’s Transformation,” made it clear that Riyadh “will consider trading in currencies other ...