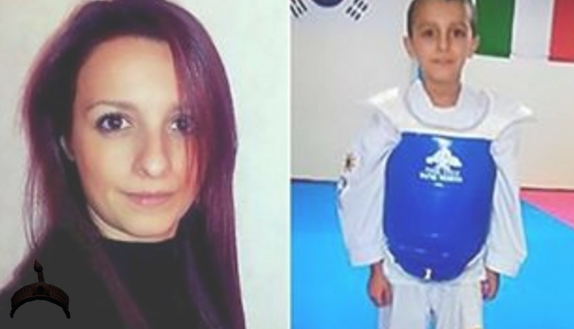 Posted by: Lolade in World News Comments Off on Mother kills 8-year-old son who caught her having s3x with his grandfather

Veronica Panarello, has received a 30-year jail term for murdering her son because he discovered she was having an affair with his grandfather. She strangled Loris Stival with electrical cables then abandoned his body in a remote gully in Santa Croce, Sicily, Italy, Metro UK reports.

She thereafter lied to the police that the boy had been kidnapped. She said she had taken Stival to school but was not seen as for the time she went back to get him in the afternoon.

Nevertheless, CCTV footage showed that she had not dropped him off at school that day. The boy’s body was eventually found by a hunter. Prosecutors branded her an ‘egocentric, manipulative liar.’ Her husband has now filed for divorce.

Previous: “This Is My Story” – Nigerian Victim Of Domestic Violence
Next: Very high risk of false flag operation in Kiev!