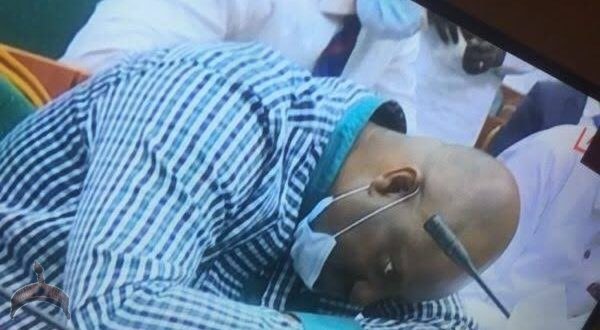 Minister: cash paid out in tranches of N49 million
‘Lawmakers are beneficiaries of agency’s contracts’

According to him, the management of the agency indulges in splitting contracts to outwit the minister and evade approval.

Speaking before the House of Representatives Committee on Niger Delta in Abuja, the minister alleged that the agency spent “over N4.2 billion in a day in tranches of N49 million.”

The committee is probing how N40 billion was spent by the Interim Management Committee (IMC).

Akpabio was invited with the Acting Managing Director of the NDDC, Prof. Kemebradikumo Pondei.

Pondei fainted during the proceedings and had to be revived and taken to the hospital.

The minister also told the panel why Ms. Joi Nunieh was sacked as the agency’s managing director. Ms Nunieh, Akpabio said, was sacked, following a letter from the late Chief of Staff to the President, Mallam Abba Kyari, that she did not posses the requisite qualification to occupy a public office.

On the allegation that the agency had been awarding contracts without going through the procurement process and signing of necessary documents, the minister said only three contracts had been awarded since his assumption of office.

The minister hinted that in all the contracting processes, both the technical and financial bidding processes were conducted before they were awarded.

Akpabio, however, claimed that NDDC managers have been splitting contracts to evade his signature, saying he has no hands in the contract payments by the agency as government regulation does not allow ministers to pay for parastatals’ contracts.

Read Also: Akpabio denies getting N500m NDDC jobs
He said: “It is not my business to approve payment for parastatal. Where they can come to me is when the payment is above N1 billion. Even at that, I must go to FEC to get approval.”

The minister said because of contract splitting, a minister could stay for four years in the ministry without knowing what was going on in the agency.

“Over N4.2 billion was spent in a day in tranches of N49 million,” the minister told the panel.

The management of the agency can award contracts less than N50 million while the board has the threshold of N500 million.

On the forensic audit ordered last year by President Muhammadu Buhari, he said the exercise was ongoing contrary, to Ms. Nunieh’s claim that the audit had not kicked off.

He added that nobody would have expected that the account of the agency would not be audited after 19 years of its existence.

Shedding light on what led to the sack of Ms. Nunieh, Akpabio said a memo from the late Kyari stated that “the former NDDC boss does not have an NYSC certificate”, adding that the letter formed one of the basis for her removal from office.

The other reason for her removal from office, he said, was insubordination and her refusal to honour a Federal Executive Council (FEC) invitation to offer explanation on certain actions of the commission.

Akpabio said:”She ignored the letter written to her by the Permanent Secretary of the Ministry directing her to attend a meeting of the Federal Executive Council (FEC). She felt that she is bigger than the minister because she has a bigger budget.”

In a rather rowdy session, Akpabio said N2.5 billion for the forensic audit was included in the 2019 budget of the agency.

He said: “Who are the greatest beneficiaries? It’s you people now…because if you look at your chairman…

“Are you asking me the benefits to National Assembly? I just told you that we have records to show that most of the contracts of NDDC are given to members of the National Assembly, but you don’t know about it. The two chairmen can explain to you. Let me explain…”

Akpabio however said “no” when asked whether he got a contract while in the Senate.

When asked if he had been usurping the powers of past managing directors and to what extent he had influenced or exercised such powers in the agency, Akpabio said: “If I find out that the MD of NDDC is not acting in the interest of the Niger Delta people, I will intervene. I had to do that once when I heard about the payment for Lassa fever.

I called and found out that they had paid N2.9 billion and they were about to pay another N572 million. I had to intervene to say they should not because there was no budget at that time. The contractor wrote to me to approve N572 million.”

A member, Benjamin Kalu, accused the minister of not answering the committee members’ questions, but Akpabio denied, saying “I am giving you the facts.”

Kalu also accused the minister of usurping the functions of the managing director by writing a letter to the Bureau of Public Enterprise (BPP) to secure a letter of no objection.

But, Akpabio said: “It is the NDDC that eventually became the procuring agency. What happened was that we thought the government was going to pay for the forensic audit.

But when the approval of the President came out, he said the NDDC should pay and so the letter we wrote was withdrawn.

“We had even gone to the federal tenders’ board. But eventually, the NDDC became the procuring agency.”

Akpabio also denied Ms. Nunieh’s allegations that she got his approval to share N10 billion from NDDC coffers to contractors. 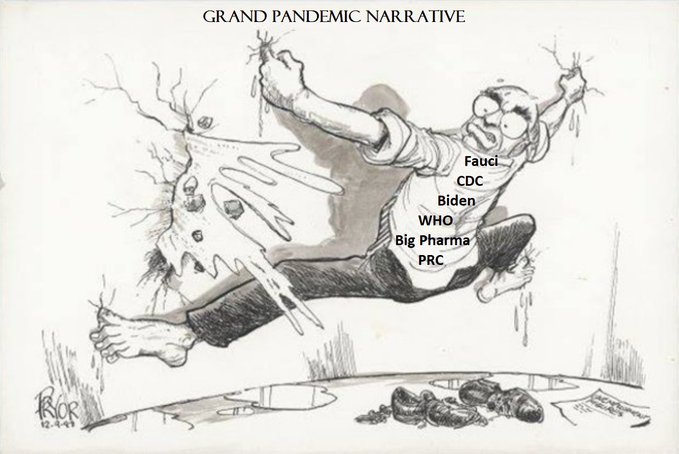 by Apogee for the Saker Blog This article discusses the political and economic consequences underneath the false flagged health banner while some rake in the cash. Starting with a segment of the west, the article moves to compare and contrast what is different in ZoneB countries. The very latest up to the minute announcements from various countries are put in perspective, concluding with the only actions that now seem possible. To set the scene, this is not ‘the perfect manuscript’ ...