Posted by: BalogunAdesina in World News Comments Off on Sitrep Operation Z: The Great WalkBack

By Amarynth for Ooduarere via the Saker Blog

Recall:  We have no idea what the Russian end-point is, except for this part of the SMO, demilitarization and denazification of the two Donbass Republics.

The blogger gpovanman summarizes the last week as follows:

The last few days have seen no real breakthroughs in the Ukrainian conflict, yet with Russia not planning that there would be, this comes as no surprise. There are however enough other matters to give us an idea of what the future may bring. https://gpovanman.wordpress.com/2022/06/13/a-week-in-view/

In the broader environment, just about everyone in the EU and in the US, and in NATO is trying to walk backward with another change of narrative.  So, (1), old Kissinger was dusted off again, and he pontificates:  “The question will now be how to end that war. At its end a place has to be found for Ukraine and a place has to be found for Russia – if we don’t want Russia to become an outpost of China in Europe.”

(Did I say that China is heating up?  And that the warmongers are now taking a new look at China?.  It is inconceivable for this western axis of evil and empire of lies, that we can live without a big war because that will lead to faster western implosion.  Take a look at the address by General Wei Fenghe, State Councilor; Minister of National Defense, China.  He does not mince words and says clearly that China will fight http://thesaker.is/iiss-shangri-la-dialogue-2022-chinas-vision-for-regional-order/).

(2) Some talking head with the memorable name of Sikorsky, a member of the EU and a previous Polish Defense Minister, is trying to talk up the possibility that the west could supply the Ukraine with nuclear weapons to defeat Russia.  But the talk of a glorious victory of the Ukraine is diminishing.

(3) Stoltenberg from NATO supplies us with this comment, but it is all up to the Ukraine he says.  (Remember the notes from previous sitreps that the Ukraine is now fast becoming an orphan.  To add to that, everyone is sick and tired of Zelenski.)

The news for these august gentlemen is simple.  You have sugar spun cotton candy in your heads.  You cannot appease Russia with some territory that they already have, or will take.  Its not yours to give.   Russia will decide exactly what happens to the Ukraine, how, and when.   The Great WalkBack will make no difference to Russia’s decisions here as the core issue is a restructuring of the complete European security structural apparatus, in such a way that Russia is not threatened.  The next steps from Russia will give us more insight into how they will accomplish this.

Also take a look at Andrei Martyanov who went on quite a rant detailing yet again exactly the Russian military strength:  http://smoothiex12.blogspot.com/2022/06/what-worries-me-really.html

It says “we asked them nicely not to expand eastward” next to headware of the Teutonic Knights, Poles, Napoleon and the Germans. And an empty box to fill in with the Current Thing.

“Ukraine fears western support will fade as media loses interest in the war”  “Costs and casualties are rising but Kyiv warns that the conflict with Russia is becoming normalised in people’s minds, at home and abroad.” (https://www.theguardian.com/world/2022/jun/12/ukraine-fears-western-support-will-fade-as-media-loses-interest-in-the-war))

While the Great WalkBack, which is just another pretext and attempt to change the narrative, is gaining steam,  Russian forces are gaining city by city, area by area, deliberately, resolutely, not wavering and now moving faster.  The last estimate that I am aware of, is that Lugansk is 95% cleared, whereas in the Donbass Republic there still is some work to do with a 50% of the area still under battle or planned to be under battle.

This is exactly why the Military Summary Channel is still a very good source because he does not pretend that what is left of the defeated Ukrainian forces, cannot yet fight.

Kadyrov’s forces are being increased if you pay attention to his channel. https://t.me/RKadyrov_95  As the Ukrainian forces get decimated, we know their tactic is to move into schools and other civilian areas and literally use civilians as fire screens.  To clear these areas is very fine work for Kadyrov and his men and they excel at it.

The detail as of the end of the 12th day of June: 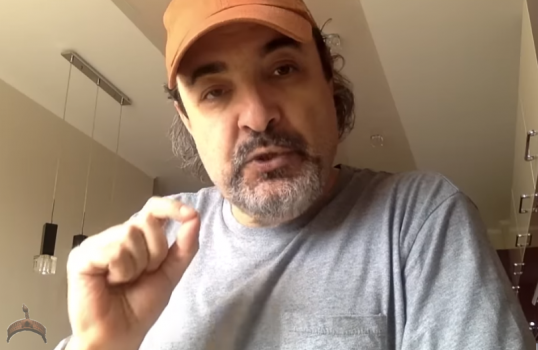