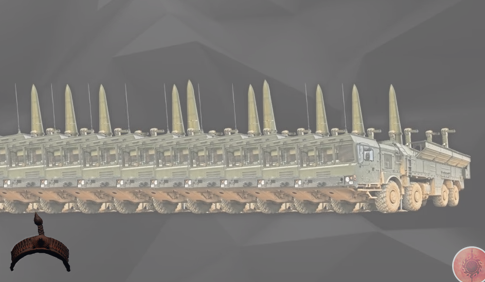 Posted by: BalogunAdesina in World News Comments Off on Sitrep Operation Z: We’re going down

For Ooduarere via the Saker Blog by Saker Staff

From Military Summary.  He discusses:

As a result of joint action by People’s Militia of Donetsk People’s Republic and the Russian Armed Forces, Krasnyi Liman has been completely liberated from Ukrainian nationalists.

And we can see from that very same report:

▫️The attacks have resulted in the elimination of more than 260 nationalists.

This is then only the Operational-tactical and army aviation operations.  Take a look at the report to begin to understand the massive carnage over the past day.

When can we say that this is now a rout and the Ukrainian forces are being fed into a meatball machine by their own commanders?

From Intel Slava, we have this:

Ukrainian guys do not want to become officers of the Armed Forces of Ukraine. Kyiv completely failed the recruitment campaign for cadets in higher military educational institutions.  By the end of May, military universities received a document from only 5% of previously selected candidates.

The Ukrainian domestic political situation is deteriorating fast.  Gonzalo Lira in two videos, comments on that and the possibilities.  Much ‘eating their own’ will become apparent as we’ve just seen from Poroshenko’s arrest/detainment? on the Polish border. https://t.me/EurasianChoice/14279

The geopolitical situation is a cartoon as the message is now clear that the Ukraine is falling.  The Eurocrats are also falling, over their own feet, and some sector of the Biden Administration emits a stream of announcements on how many weapons they are sending to the Ukraine, only to be overruled by another sector minutes later.  In addition, reports are beginning to become a stream that the Ukrainians that fled to Europe are not welcome and in more and more cases service to them is being refused.

Starlink?  Satellite systems have ground stations.  The Russians are taking trophies of these ground stations, or just kicking them around a bit, so, how long will that network last?

New information is out on the biolabs with an accusation that the US colonized developing countries to place their biolabs.  Here is a separate report.

The news cycle is extremely busy with mostly hot air out of the west.  With the recognition that they’ve lost slowly sinking in, the sailing term is ‘in irons’, i.e., they’ve sailed too close to the wind and cannot maneuver.  The chess term is ‘zugzwang’.  The ‘Icarus’ term is that their wings are melting.

In the meanwhile, the Russians are providing the real fire and testing new weapons.  There is a stream of this and Intel Slava comments.  Go to that channel and scroll through to see the extent.  The Russian Armed Forces have used a new version of the Solntsepek heavy flamethrower system, TOS-2, during an offensive in the Kharkiv direction. It is based on TOS-1A, but has significant advantages. The platform truck has an increased cross-country capability, increased engagement range and fully automated firing process. The complex is protected by an electronic jamming system.

The day before, the Ukrainian Defence Ministry published a hysterical post on its official Twitter account saying that the Russian Armed Forces were using “the world’s most powerful non-nuclear weapons” on Ukrainian territory and posted a video of the TOS-1A in action in Donbass. This simply breaks the psyche of Ukrainian servicemen.

We’ve had some new Iskander action as well: The launch of the R-500 cruise missile by the Iskander complex against targets in Ukraine. https://t.me/intelslava/30164

This then summarizes the main ebbs and flows of the past 48 hours.  That is it for today.   Enjoy your discussion and careful with the Ukie propaganda. It is still everywhere but slowly changing to ludicrousness with overtones of sheer panic.  Do take a mental note of the discussion on Military Summary at the start – the explanation of Ukrainian methods which can always result in another false flag.  There are reports/rumors that the Ukrainian Foreign Minister Kuleba says he has been told to negotiate.  We have to wait for Russian confirmation of this.

Previous: Sometimes I Don’t Block Those That Insult Me, I Take My Time To Block The 60 People Who Like The Insults –BBNaija Star, Erica
Next: Sitrep Operation Z: Not your normal sitrep