Don't Miss
Home / Politics / Edo 2020: Soon, Obaseki Will Follow The Likes Of Saraki And Dino Melaye And Will Become History. 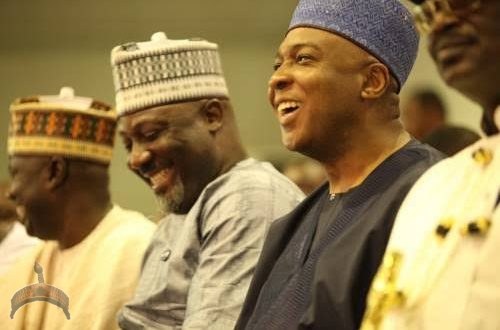 Edo 2020: Soon, Obaseki Will Follow The Likes Of Saraki And Dino Melaye And Will Become History.

Posted by: Lolade in Politics Comments Off on Edo 2020: Soon, Obaseki Will Follow The Likes Of Saraki And Dino Melaye And Will Become History.

Edo State Governor, Obaseki, has forgotten that Oshiomhole made him who he is today through many years of mentorship. He has forgotten the hand that fed him when he was hungry.

The edo state governor has become power drunk and disrespectful that he has started speaking recklessly about to the man that taught him how to fish.

Those who know Obaseki become he became a governor can explain how loyal and respectful he was to Adams Oshiomhole but soon after he tasted power, he turned his back on the party chairman and became something else.

One cannot tell the reason why both are against each other as the public was not carried along on the trend.

Obaseki, having bitten the hand that fed him may surely go down in history and become the likes of Saraki and melaye.

Previous: All these routes will be closed by 6am for Marathon race tomorrow..
Next: Mr Jollof asks ‘Donald Trump to Deport All Nigerians Living In US’

Former President of the Senate, Dr. Bukola Saraki, yesterday faulted the claim by President Muhammadu Buhari that the Eighth Senate did not assist his administration to battle insecurity by organising a summit to generate ideas on what to do.Saraki’s media aide, Mr. Yusuph Olaniyonu, said in a statement yesterday that the immediate past president of the Senate, noted with dismay the claim contained in the seventh paragraph of a statement on Tuesday, by Buhari’s media adviser, Mr. Femi Adesina, that ...