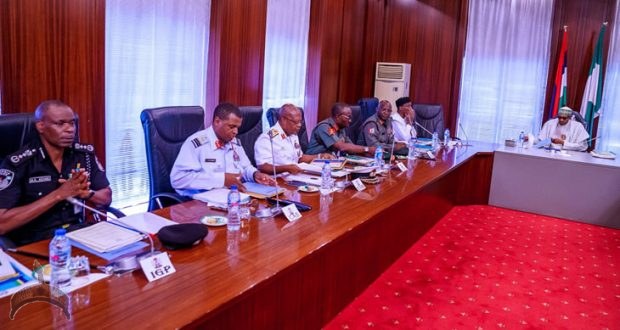 Posted by: AbubakarMuhd in Politics Comments Off on Insecurity: Resign or be sacked, Reps tell service chiefs

The House of Representatives has called for the resignation of the service chiefs , failure of which the President , Major General Muhammadu Buhari ( retd . ) , should sack them .

This was part of the resolutions passed by the House at the plenary on Wednesday , following the unanimous adoption of a motion moved by the Chief Whip, Mohammed Monguno, on the continued attacks by the Boko Haram insurgents on communities in the North -East .

The lawmaker representing Chibok /Damboa /Gwoza Federal Constituency of Borno State, Ahmadu Jaha, called for the resignation and sacking in the additional prayers he made on the motion , The PUNCH reports.

The lawmakers , therefore, resolved to “ call on all the service chiefs to resign immediately , failing which the President should remove them . ”