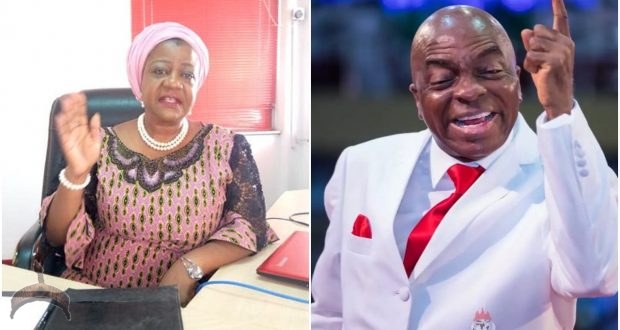 Posted by: AbubakarMuhd in Politics, Religion Comments Off on Manufacture Your Own Country’ — Buhari’s Aide Taunts Oyedepo Over CAMA

TheCable had reported how the bishop kicked against the law, saying it is irrational to subject churches to the same laws as companies.

Under CAMA, signed into law on August 7, religious bodies and charity organisations will be strictly regulated by the registrar-general of the Corporate Affairs Commission (CAC) and a supervising minister.

But addressing members of his congregation on Sunday, Oyedepo said such laws were borne of out the government’s jealousy about the prosperity recorded by the church.

Reacting in a tweet on Monday, Ononchie said Oyedepo would have to abide by the government’s law as long as he dwells in the country.

“I hope this is not true. If it is, Oyedepo will have to manufacture his own country and live by his own laws,” the tweet read.

“As long as he lives and operates within the entity called Nigeria, he will live by Nigerian rules and laws. He will do as he’s told by the law. Enough of lawlessness.”