Don't Miss
Home / Naija Gist / Metro life / Nigeria’s Problem Is Not Religion. It Is This… 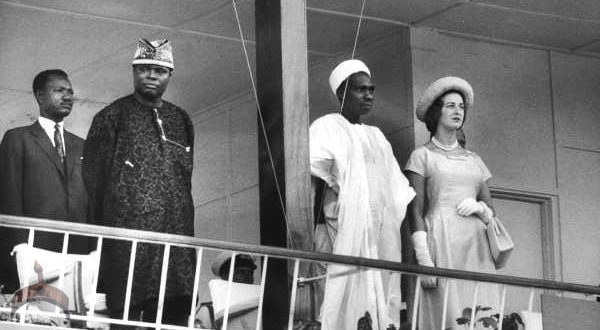 Nigeria’s Problem Is Not Religion. It Is This…

Posted by: Lolade in Metro life, Politics Comments Off on Nigeria’s Problem Is Not Religion. It Is This…

Ever since the inception of this contradiction called Nigeria, the country has been spilt in a huge crisis.

At first, it was a war between the nationalists and the colonialists. By colonialists, I don’t mean the British. I mean the Nigerians who were benefitting from colonialism so much that they preferred British rule to indigenous rule. A good example of this people was Tafawa Balewa and co.

By 1953, this became so apparent as the two parties degenerated into a full blown crisis over independence. Since the country was not ruled as one, but as different, the indigenes of each side became drawn into this elite war, ending up destroying the unity of the highly diverse nation.

The second coup of Jan 15, sponsored again by Ghana failed. By now, the division over ideology had become one of the masses, not just of the elites. The elites ran the media and the masses in their respective regions were influenced by the elites.

Ever since then, the elites have fought over several things. Money, power, oil, religion and the list goes on. The masses who are foolishly following the elites have also joined in the war.

With democracy as the system of government, this drift is bound to continue. The reason is simple. Every four years, the elites remind their followers of the ideological differences between then and the others. The people have this differences fresh in their mind, and rant it out on the other side.

If a Muslim is contesting election, he’d meet his Imam. The Imam will support him and bless him in front of his followers. The entire Muslim community would really behind him. Same happens with Christians. And repeats itself every four years.

When a Christian was in power, the Muslim elite started a terror campaign to smear him. You can guess how many Christians were killed. When they got into power, they tried to quench it, but those guys were too drenched in blood that they could not stop. They went on to work with ISIS and other evil terrorist. In the end, evil begets evil and returns back to the maker. Boko Haram now targets anybody opposed to it, Christian or Muslim.

The problem here is the elite class. They do anything they can to retain power. They don’t care about the Christians or the Moslems. They only care about themselves.

We the masses have to rise up and fight for our freedom. We can’t keep on fighting ourselves in the name of religion. We should focus on the real problem, bad governance and flush it out.

Only then would we truly be able to regain our confidence the giant of Africa.

What do you think about this? Drop a comment below. Also share this till every Nigerian sees and learns.