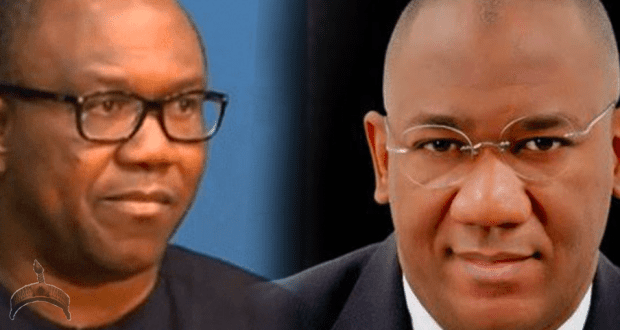 Posted by: AbubakarMuhd in Politics Comments Off on ObiDatti rally: Court rules against occupying Lekki Toll-Gate 

The Labour Party’s #ObiDatti23 Forward Ever Rally scheduled to be held on October 1, 2022, suffered a setback on Wednesday as a Federal High Court sitting in Lagos ordered the party and its supporters not to converge on the Lekki Toll-Gate.

The court ruled that supporters of the Labour Party can pass through the Toll-Gate for its rally but must not converge on the facility.
Presiding Judge, Justice Daniel Osiagor, also directed the Inspector-General of Police, Usman Baba, and the Lagos State Commissioner of Police, Abiodun Alabi, to ensure compliance with the order.

Justice Osiagor made the order on Wednesday while ruling on a Motion for Injunction brought by 10 plaintiffs, including nine lawyers, who are asking the court to, among others, restrain the LP, its presidential candidate, Peter Obi, his running mate, Yusuf Baba-Ahmed, one Julius Abure and their loyalists from holding the rally.

Last Friday, the court fixed September 28 for the hearing the Motion.
The Judge fixed the date after listening to the arguments from the Plaintiffs and Respondents’ counsels on the mode of service of court processes, among others.