Don't Miss
Home / Politics / ‘Park And Pay’ Re-Introduced In Abuja by the Senate House Of Reps. 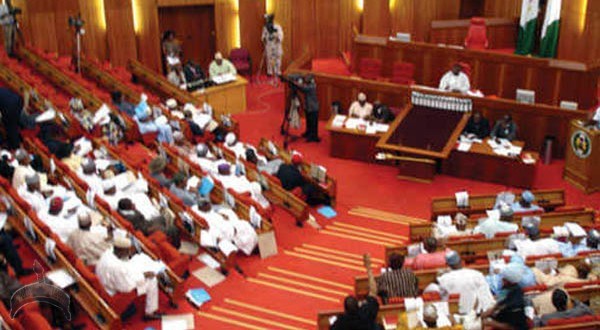 ‘Park And Pay’ Re-Introduced In Abuja by the Senate House Of Reps.

Posted by: AbubakarMuhd in Politics Comments Off on ‘Park And Pay’ Re-Introduced In Abuja by the Senate House Of Reps.

The Senate at plenary on Thursday, concurred to a House of Representatives Bill seeking to establish the Federal Capital Territory (FCT) traffic management service.

The adoption followed the presentation of the bill entitled: “Directorate of Road Traffic Administration Service Bill, 2019” by the Leader of the Senate, Ahmad Lawan.  The bill sought to establish a directorate charged with the responsibility of enforcing parking laws as well as regulating road traffic management and motor vehicle administration within the FCT.

It further empowers the FCT Administration in collaboration with the FCT Internal Revenue Service, to embark on total enforcement of parking rules.

The directorate would also be responsible for producing and administering vehicles’ and drivers’ licences in collaboration with relevant federal agencies.  It would also regulate, register, revoke, license and renew motor vehicle documents including issuance of vehicle identification number plates within the FCT.

It would also conduct road worthiness test and issue such certificates to all categories of vehicles for the purposes of ridding the FCT of non-road worthy vehicles.  The directorate would also be responsible for the training and testing of drivers to ensure competence for issuance of drivers licence.

It would also regulate and enforce the use of bus stops and bus terminals, accredit driving schools while enforcing ban on the use of motorcycles as a means of public transport in the FCT among others.  Meanwhile, six other bills were equally adopted by the Senate.