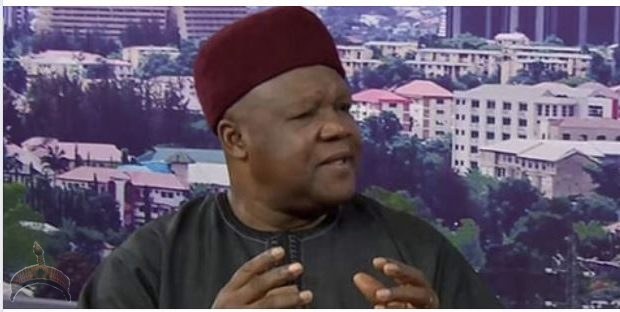 Posted by: AbubakarMuhd in Politics Comments Off on Repentant Terrorists Told Us Northern Governor Among Boko Haram Leaders – Mailafia

The former CBN deputy governor said he had a chat with two repentant terrorists who identified the northern governor.

He said the terrorists and bandits were one and the same.

Mailafia, who was the Presidential candidate of the African Democratic Congress in the last election, said the terrorists moved weapons even during the lockdown caused by the COVID-19.

“They told us that one of the northern governors is the commander of Boko Haram in Nigeria. Boko Haram and the bandits are one and the same. They have a sophisticated network. During this lockdown their planes were moving up and down as if there was no lockdown.

“They were moving ammunition, moving money, and distributing them across different parts of the country.”

Mailafia said Boko Haram had already infiltrated southern Nigeria, adding that their plan was to spark a second civil war.

The former CBN deputy governor, who holds a PhD from Oxford University in the United Kingdom, said he was not one to make spurious and unfounded allegations.

He added, “They are already in the South, in the rain forests of the South. They are everywhere. They told us that when they finish these rural killings, they will move to phase two. Phase two is that they will go into urban cities, going from house to house killing prominent people.

“I can tell you this is the game plan.

“By 2022, they want to start a civil war in Nigeria. Don’t joke with what I am saying I have a PhD from Oxford University. I am a central banker, we don’t talk nonsense. I have this from the highest authority, some of the commanders of Boko Haram.”

Previous: DSS Arrests Mohammed Prince Momoh For Impersonating Buhari’s Chief Of Staff
Next: Govs To Buhari: Give Us Bailout For Security