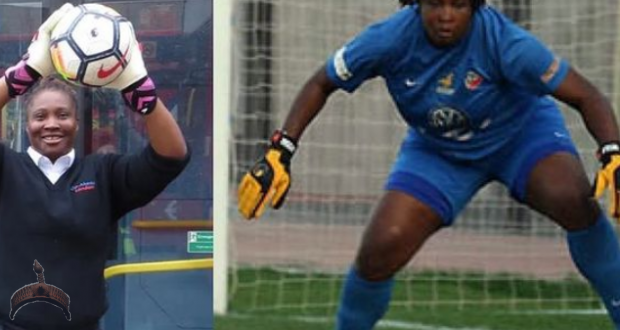 The former shot-stopper, who is in the middle of a year’s training, now drives the number 185 between Lewisham and Victoria.

The 35-year-old who moved to England in 2018, says she had visited London for years on holiday and always admired the double-decker buses. She reckons driving a bus and to play in goal have a lot in common, which is about safety first and about not making a mistake.

“When you are trying to save the ball, you need safe hands. But there are ten others on your side,” she was quoted on Evening Standard. “When you drive a bus, you are on your own. Mentally you have to be 100% ready, if you are a goalkeeper the defenders can help you. You can’t make any mistakes driving a bus,” she added.

Previous: UK High Court Rules Assange Can Be Extradited to US
Next: Osun lotto operator sets self ablaze over debts