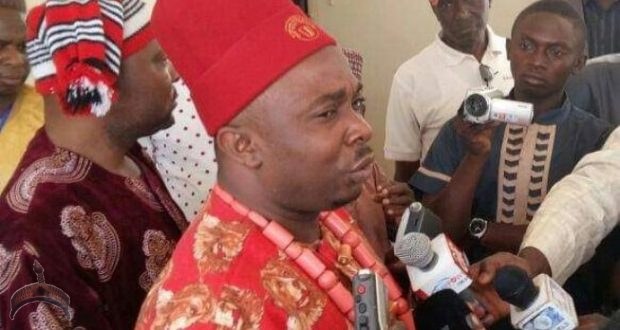 Posted by: chucks in Uncategorized Comments Off on Biafra: Plan By Boko Haram, Herdsmen To Attack IPOB, MASSOB Will Cause War – Ohanaeze Warns

The Ohanaeze Ndigbo Youth Council Worldwide, OYC, has raised the alarm over a planned attack on pro-Biafra groups, the Indigenous People of Biafra, IPOB, and the Movement for the Actualisation of the Sovereign State of Biafra, MASSOB, by Fulani herdsmen..

This was contained in a statement signed by the President-General of OYC, Mazi Okechukwu Isiguzoro and Mazi Okwu Nnabuike, Secretary-General, and made available to DAILY POST on Tuesday.

The Igbo apex youth organisation said that Boko Haram terrorists masquerading as herdsmen may invade South-East in an attempt to destroy the fragile peace being enjoyed in the region, calling on Ndigbo at home and the diaspora to persuade the Governors in the region to hasten up their plans for the establishment of Southeast Regional outfit, Ogbunigwe.

OYC demand immediate action to prevent the looming danger of attacking Igbos in our zone. Southeast Governors Forum through the South East Security Committee should ensure the timely Commencement of Southeast Regional Security Outfit OGBUNIGWE before the end of first quarter of 2020.

The organisation said it “condemned vehemently the provocative threat of Boko Haram leader to attack IPOB members on protest,” adding that “it is a confirmation that sponsors and supporters of terrorism are envious of the strength and determination of Biafra agitators to draw the world’s attention on the perceived persecutions and threats of life against the Christian community in Nigeria.”

OYC warned that any provocative attack on the soil of Igbo nation might sink Nigeria as it will never go unchallenged.

This is a trap to provoke Biafra agitators to pick up arms and abandon their non-violent agitation, and we urge them not to fall into these traps,” OYC’s statement added.

The organisation further appealed to IPOB, MASSOB and other Biafra “agitators to suspend any further activities in terms of processions and protests until the South East Governors tighten up the Security of the South East.”

“Boko Haram should not dare Igbos as we are already vigilant and ready to defend our territories against any eventuality.

They should concentrate their activities in the North. We call Federal Government to intensify their efforts to end insurgency in the North and cooperate with US Government to arrest the leader of Boko Haram leader,” OYC added.

Previous: Sanusi: Governors Can Dethrone Anybody – Buhari’s Aide
Next: I Am Not El-Rufai Girlfriend,I Didn’t Sleep My Way To Become NPA Boss. 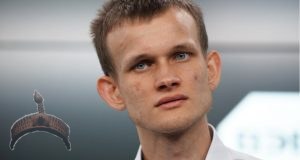 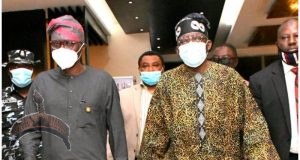