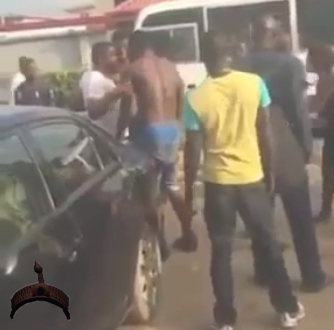 The incident which happened around Opebi part of Lagos, generated a traffic jam as people gathered to prevent a battle brought on by clients, who refused to pay for the prostitute they slept with the last night.  The s3x worker allegedly broke the windscreen of the client’s jeep, which generated ‘exchange of blows’and tearing of clothes.