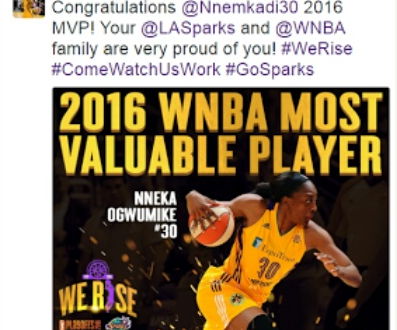 Posted by: Lolade in Sports Comments Off on Nneka Ogwumike: WNBAs Most Valuable Player 2016

Nneka Ogwumike also known as Nnemkadi Ogwumike Who plays for Los Angeles Sparks as a forwarder has been awarded the Women’s NBA Most Valuable player of the year award for her fine displays in the USA women’s basketball league this season. Ogwumike, 26 ranks third in the WNBA in scoring (19.7) and rebounding (9.1) while leading the league with 66.5% shooting, the second-best percentage in WNBA history. 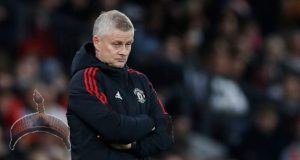 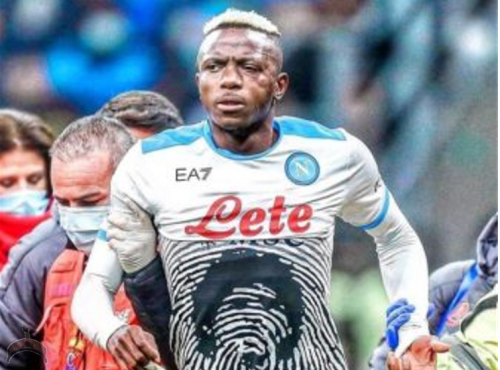