Don't Miss
Home / News From Nigeria / World News / ‘If Riyadh Wants to Arm Jihadists to Target Russia, Armed They Shall Be’ 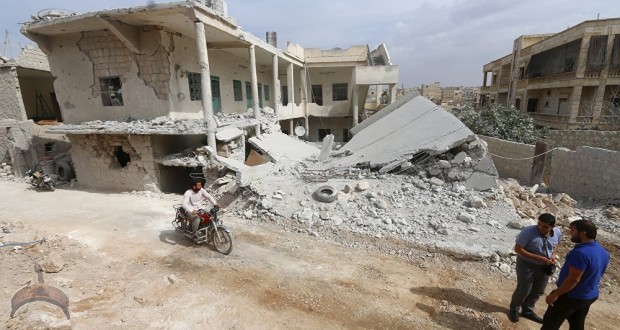 ‘If Riyadh Wants to Arm Jihadists to Target Russia, Armed They Shall Be’

Posted by: BalogunAdesina in World News Comments Off on ‘If Riyadh Wants to Arm Jihadists to Target Russia, Armed They Shall Be’

Western foreign policy analysts keep persuading themselves that Russia’s success in Syria is temporary and if a poorly-defined “moderate opposition” can’t successfully take on America’s foes in the country, then a more capable force could step in. The analysts lay their hopes on Saudi Arabia, as “it has done it before on a grand scale”.

Russia’s military involvement in Syria and its daily success seem to be an apparent headache for many American foreign policy analysts.

They don’t limit their attempts to find fault with the fight against terrorism to scrounging for factual support for President Obama’s warning that “the Kremlin may be heading for a quagmire”.  Two American foreign policy and national security experts from the Washington-based Foundation for Defense of Democracies lay hopes on “the traditional financial patrons of militant Islam in the Middle East”.

“To be sure, there is no shortage of Sunni Arab states that wish to target the Russians. Many of those states, including Qatar and Kuwait, already have groups on the ground they can work with. It is hard to believe that they are not mobilizing further assets to do so, particularly as Russian ground operations take shape,” Jonathan Schanzer and Boris Zilberman write in their article in The National Interest magazine, disregarding President Putin’s recent reiteration that Russia would not be sending ground troops to Syria.

“But it is the Saudis who have done this before on a grand scale,” they say, referring to the former Saudi anti-Russian policies, especially their fight against the Soviets in Afghanistan.

“The Saudis fueled a generation of zealous Islamist fighters. The Saudis, who were particularly opposed to the godless communist ideology, ultimately financed and organized up to 250,000 mujahedin(sic) fighters after the Soviets invaded Afghanistan in December 1979. Thanks to Saudi inspiration and cash, Pakistani logistics, and additional US assistance, Arab mujahideen poured into Afghanistan,” the authors write, failing to mention the future career path of famed Saudi mujahideen fighter and CIA asset Osama Bin Laden.
“For any proxy group to succeed they will need to raise the cost of strikes from Russian and Syrian warplanes,” they therefore suggest.

“US-backed rebels have requested anti-aircraft weapons to do just that. It’s unclear whether their requests will be met, but it’s important to note that it was exactly this type of weapon that ultimately turned the tide of war for the mujahideen in the 1980s, when Russian helicopters began to tumble from the sky.”

“If Riyadh wants to arm the next wave of jihadists to target Russia, armed they shall be,” the authors rather boldly proclaim.