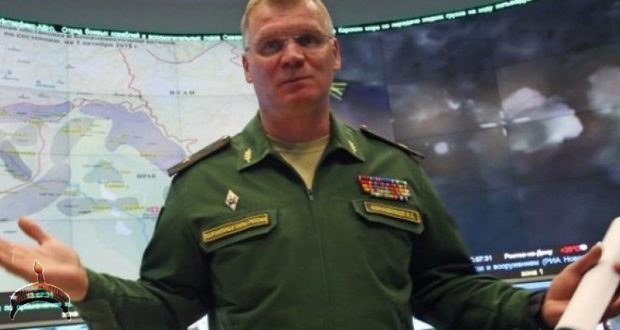 What happened and why

Posted by: BalogunAdesina in Breaking News, World News Comments Off on What happened and why

1. What happen between #Israel and #Syria today in #Palmyra?
#Israel tried 2break “redlines”, attacking inside the “allowed zones & targets

‘As expected Netanyahu is unhappy he got nothin but nice words and a 500+ year old copy of Josephus Antiquities of the Jews from Putin (according to Unz writer Israel Adam Shamir) during his latest visit to Moscow.’

‘The old barely upgraded SAA S200s were fired as warning shots, one exploding over the Israeli Golan if not the northern Jordan Valley — apparently missing the IAF F15s. Next time if Tehran wants to send a message the Iranians just might blow one of those vaunted IAF F35s out of the sky with an S300. Then all hell could break loose from badly wounded DoD/Israeli MoD pride that the latest greatest stealth jet can be detected and engaged by 25 year old design S300s with a few S400 upgrades electronics thrown in.’

‘For now the Trump Admin and Kremlin both need an Israel-Hezbollah/Syria war distracting from finishing off the ISIS Caliphate in the Euphrates valley like holes in their heads (see MoA on the Kagan family’s too little too late demand for US occupation troops where SAA is threatening to link up from east of Palmyra to besieged Deir Ezzor).

‘The Israelis made a big mistake in having one of their top generals openly admit a few months ago he’d rather have ISIS on his border (with their virtually nil attacks on the IDF) than Iranians.’ – all by The Kulak

—-
There is an info virus that was recently released to discredit Russia’s weapons.

The MOD issued a statement today, saying that “seeing” and “shooting down” are two big differences, as they say in Odessa.

Now, just look at this con-artistry.

Israel asked Russia do not shoot their jets. Russians agreed. They even had joined military drills in December 2015.

Now, when they know that Russia is not going to shoot their jets, they claim that Russians are not shooting down their jets bombing Syrians, because they can’t and that Russia’s C300 or C400 are no good.

The level of depravity of their media is beyond belief!

This is to assume that their intelligence is not involved with this provocation.

As expected, ISL has issued a denial that their jet was shot down by Syrians, because they never admit defeat.

However, Iranians say that this indeed was true, and Iranians never lie.

“The Syrian army says four Israeli jets breached the Arab country’s airspace on Friday morning, adding its air defense shot down one of the aircraft and hit another.

Israeli warplanes “penetrated our airspace at 2:40 a.m. (0040 GMT) via Lebanese territory and hit a military target on the way to Palmyra,” said an army statement carried by state news agency SANA.

“Our air defense engaged them and shot down one warplane over occupied territory, hit another one, and forced the rest to flee,” the army said, apparently referring to the Golan Heights. “

The Israeli media immediately came out denying the fact. But, whom would you believe, an official statement of the Syrian military or the lying liberal presstitutes?

News agency RIA Novosti reports that the Israeli jet crashed on the territory of Jordan.

More on this from SouthFront

Interesting, that they only have images and videos of RUAf aircraft being shot down, but never Israeli’s.

It’s almost like those journos are being warned beforehand.

In parallel with the info-virus targeting the Russian made weapons, the Western media released another info-virus or fake news about the US made Patriot “missile worth millions was used to shoot down a $200 drone from Amazon.”

All these right AFTER the Israeli Defense Forces (IDF) themselves admitted that Patriot missiles are useless.

“The Successful Drone flight carried out by Hezbollah over the occupied Golan Heights, an important step at all levels, The Drone penetrated the skies of the Golan and all “Israeli” the modern defense systems (Three rockets, including rocket fired from «F-16» plane) failed to knock it down, which drew ridicule from «Israeli» commentators on «the Israeli air superiority.” Nidal Hamada  wrote in Lebanese Al  Binaa

While Israel bombed Syria’s south, the US bombed Aleppo killing 47 civilians and injuring a hundred people.

“A photo showing a fragment of an air-to-surface AGM-114 Hellfire missile has emerged. It leaves no chance for the US-led coalition to remain silent as usual and for diplomats to spout anti-Russian rhetoric,” Major-General Igor Konashenkov said Friday. “I think we should expect comments from the US partners anytime soon.”

PM Medvedev was absent from the Security Council meeting, Peskov says due to him being busy.

Most likely, because he refuses to give up his iPhone.

Previous: Syrian Army: Israeli Jet Shot Down, Another Hit
Next: To throw more light to the issue of #EsuisNOTSatan