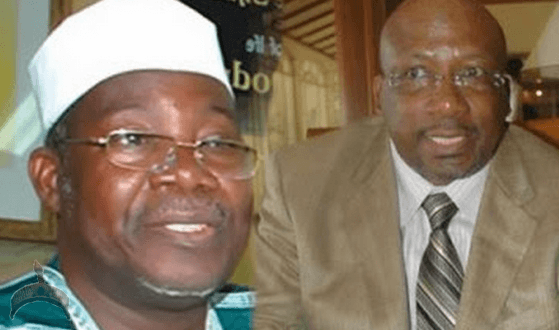 The race to get political appointments in the forthcoming Muhammadu Buhari-led All Progressives Congress government has begun, Saturday PUNCH learnt on Friday.

It was learnt in Abuja that although consultations for cabinet and National Assembly positions are still on-going, the manoeuvre among Buhari’s loyalists for political appointments has begun.

Saturday PUNCH gathered that for now, top on the list of appointments expected to be made by the President-elect, include but not limited to the National Security Adviser and the Secretary to the Government of the Federation.

Although the APC leaders are currently seeking to consolidate on last week’s victory in the Presidential and National Assembly elections, they are not oblivious of the task ahead.

The position of NSA is usually considered the exclusive preserve of the President and the appointment of a new NSA by the President-elect, himself a retired Army-General, is expected to be swift.

However, the APC National Publicity Secretary, Alhaji Lai Mohammed, dismissed what he called “speculations” about appointments.

He said, “We are focused on the governorship and House of Assembly elections and we will not be distracted.”

Saturday PUNCH however gathered that among those being considered for the positions of NSA are: a former Chief of Army Staff, Lt.-Gen. Abdurrahman Dambazau (retd) and former Inspector-General of Police, Alhaji Ibrahim Commassie.

The former Army Chief is currently the Director in charge of the Security Directorate of the APC Presidential Campaign Council.

Commassie, on the other hand is currently the Chairman of the northern socio-cultural organisation, the Arewa Consultative Forum.

An APC chieftain, who did not want his name mentioned, said, “Although there are about three people being considered for the post of NSA, Gen. Dambazau, is currently topping the list.

“Commassie, who was Gen. Buhari’s schoolmate and one other retired officer of the SSS whose name I cannot remember now are among those being considered.”

For the position of Secretary to the Government of the Federation, there are feelers that the APC National Chairman, Chief John Oyegun, is among those being considered.

It was also learnt that a former Commissioner for Economic Planning and Budget in Lagos State, the Anambra State born Ben Akabueze, may also be considered.

Another name said to be under consideration is Ambassador Hakeem Baba Ahmed, a retired Federal Permanent Secretary, who had a stint as the Secretary to the Kaduna State Government under then Col. Hammed Ali (presently Chief of Staff, to the President-elect).