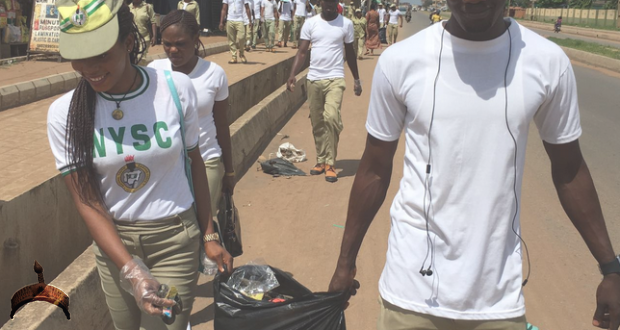 Posted by: Lolade in Politics Comments Off on How Buhari Sacrificed Amosun For 2nd Term Bid

It emerged on Thursday that President Muhammadu Buhari decided to sacrifice his long standing relationship with Governor Ibikunle Amosun of Ogun State as part of strategies to clear all obstacles to his re-election in 2019.

Amosun, hitherto a strong ally of President Buhari since the days of the defunct All Nigeria Peoples Party (ANPP), is currently at loggerheads with the national leadership of the party over the outcome of the governorship primaries in the state which did not go in his favour.

While the governor is insisting on handing over to his anointed candidate, Abdulkabir Adekunle Akinlade, the National Working Committee (NWC) of his party, led by its National Chairman, Comrade Adams Oshiomhole, has submitted the name of oil mogul, Dapo Abiodun, as the Ogun State governorship candidate.

Abiodun is reportedly being backed by Asiwaju Bola Tinubu, one of the party’s national leaders and head of its reconciliation team; Vice President Yemi Osinbajo, Aremo Olusegun Osoba, a former governor of Ogun State, and other leaders in the South-West loyal to Tinubu.

Despite his perceived closeness to President Buhari, several efforts by Amosun to upturn the decision has proved unsuccessful.

He recently led a delegation of Ogun monarchs and leaders to the president but that also failed to yield the desired result.

Apparently frustrated over the issue, the governor last week accused Oshiomhole of allegedly conniving with some people to foist Abiodun on the party in the state, as its governorship candidate in the 2019 election.

Amosun alleged that Oshiomhole, with the support of Tinubu and Osoba, wrote a fake result showing Abiodun as the winner of the party’s primary election and thus its governorship candidate.

He also alleged that the duo of Tinubu and Osoba had played roles in what he termed “electoral fraud”, adding that their silence over the matter smacked of complicity.

The governor insisted that the NWC of the party sent to the state didn’t conduct a genuine primary election.

He argued that the only authentic primary was the one which produced Adekunle Akinlade as governorship candidate.

He said: “The president already knows there was no election in Ogun State. He knows that they just went to Lagos, wrote all results and that what they did is fraud.

“If the National Working Committee or the National Chairman said there was an election in Ogun State, it’s all fraud. That is what I said.”

He added, “Mr. President already knows, there was no election in Ogun State, other than the one we held.

“The issue of Chief Osoba and Asiwaju and co, what we said was that there was a definite silence from their end, and silence means consent.

“We have not heard one word from any of them. Was there any election in Ogun State? Yes or No? They should come out. People at this level should be courageous enough to take a position, to come out, to come and tell us whether there was an election.

“The one governorship election that we had, there was live telecast, people even witnessed it.”

Despite the governor’s claim that President Buhari knew that the result declared by the NWC was fake, the president refused to use his position to upturn the result in his favour.

Speaking exclusively with Daily Independent, a chieftain of the party and member of its NWC said President Buhari was in a dilemma over the issue owing to his relationship with Amosun and Tinubu and did his best to resolve the matter in a way that would be pleasing to all.

He said having weighed his options, President Buhari who was desirous of securing a second term in office, decided to pitch tent with Tinubu whom he believed held the key to delivering the South-West to him.

“It is Asiwaju Bola Tinubu and Vice President Yemi Osinbajo that are slugging it out with Governor Amosun on the Ogun governorship matter. They are backing Dapo Abiodun while Amosun is insisting on Adekunle Akinlade.

“It is not as if the president, as the national leader of the party, cannot wade in and ask that Amosun’s candidate be declared the winner, but the reality is that he doesn’t want to offend Tinubu and other South-West leaders such as Osinbajo and Aremo Segun Osoba.

“The president seriously needs the votes from the South-West and he believes these are the people holding the region.

“Here is a man who contested thrice and lost until Asiwaju partnered with him and he won. He can’t afford to toy with such a man.

“The president feels Amosun’s pain but he is not prepared to take any chances that will make him lose the South-West region, especially now that Atiku Abubakar is making inroads into the region with his promise of restructuring,” he said.

However, speaking with our correspondent, an aide to Governor Amosun said the governor had been unfairly treated despite his sacrifices for the party.

“To us in Ogun, the governor has been unfairly treated and it is unfortunate. Here is man who has sacrificed his all in making the party what it is today.

“He has led so many negotiations that have secured victory for the APC, the recent being in Ekiti and Osun. To us, we believe this is not the right way to pay him back,” the aide said.

On the rumour that the governor had already planted his key aides in the Democratic Peoples Party (DPP) where his preferred candidate, Akinlade, may contest the governorship election, the aide said the report only existed in the realm of speculation, and that the governor was yet to brief them on his future plans.

He, however, assured that Amosun would not dump the APC, especially given his long standing relationship with the president.