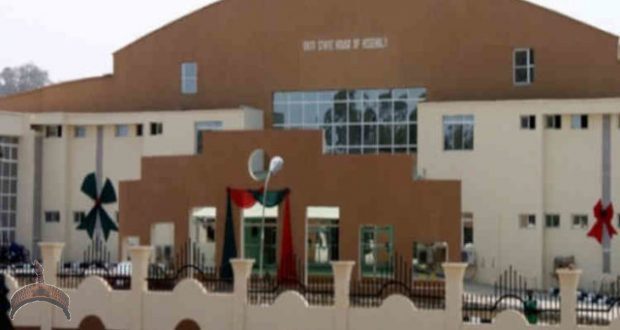 Ekiti State Assembly Speaker, Gboyega Aribisogan, has been impeached and suspended indefinitely by members of the Assembly.

Olubunmi Adelugba, who is the favoured candidate of immediate past governor of the state, Kayode Fayemi has now been elected as the new speaker.

17 out of the 25 members impeached the Speaker and elected a new one.

The Assembly Complex had been sealed as members were embroiled in a controversy following the death of the former speaker, Funminiyi Afuye.

A month after his demise, the parliament held an election and Aribisogan, who is the representative of Ikole 1 Constituency in the Assembly and a two-term lawmaker, emerged after defeating Adelugba.

Aribisogan had claimed Fayemi is behing the plot to impeach him so as to have Adelugba as Speaker.

Previous: I Don’t Need Any Religion – Wole Soyinka
Next: Staff In Covenant University Are Raping The Students – Twitter User