Posted by: chucks in Politics Comments Off on FG To Release Ex-Governor Orji Uzor Kalu

According to Minister of Interior, Rauf Aregbesola, Nigerian Government will be freeing 2,600 inmates in various prisons in a bid to curb the spread of Coronavirus in the country.

While speaking to News men on Thursday he said inmates to be released include those from 60 years and above, especially those suffering from ill-health likely to end in death, serving at least three years and have less than six months to serve, persons with mental issues, and with options of fine not exceeding N50,000, are among those to be considered for the state pardon.

He went on to say that governors of the 36 states under whose jurisdiction most of the inmates were incarcerated will complete the exercise “in line with the federal principle”.

Since the news broke out there have been mixed reactions. One of the commentator said “A govt that gives amnesty and pardon to terrorists and militia that slaughters its soldiers and citizens, will surely ignore its masses and pardon the thieves who looted their national wealth! Very simpu sturvs” another was on the opinion that it was the right thing to do, considering the dangerous nature of the Covid 19. 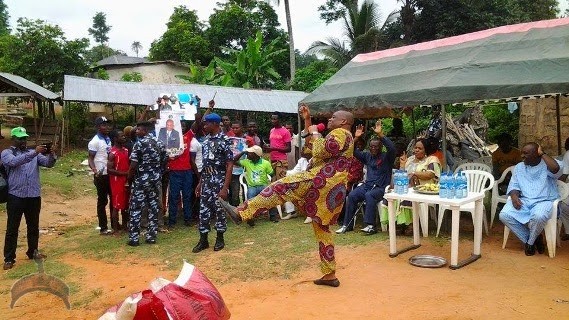 The billionaire former Abia state governor was photographed dancing Shoki as a residential district in his state declared their support for his Senatorial bid.