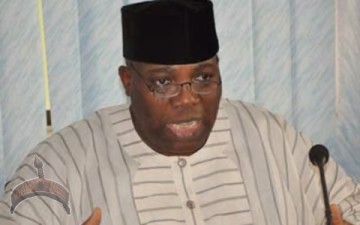 “Okonjo iweala must have a rethink,” Doyin Okupe writes on recession

Posted by: Lolade in Politics Comments Off on “Okonjo iweala must have a rethink,” Doyin Okupe writes on recession

National Economic Emergency
It is a fact that Nigeria as a country is in dire straits in terms of its economy. It is not too important how we got here or who or what brought us here. We need an exit plan desperately.
Sadly, there is too much politicking in Nigeria. Our Partisanship is obscenely unhealthy for our nation. A few of our people are still behaving as if elections are yet to take place. But the truth is elections have come and obviously they have also gone.
Unfortunately our economy, has slipped into a recession and that is crippling everybody and everything.
No matter what government and those opposed to government are saying, there is no easy way out of a recession.
When President Obama came in, in his first term, the US was in recession. He was young, brilliant, and smoking hot, it took nearly 2yrs to see the tips of the mountain, and almost the same length of time before the flood of recession started to recede. At that time the opposition threw diatribes and invectives similar to what is being thrown at President Buhari now, at him. But he remained focussed and steadfast. Eventually he succeeded.

While wailing, howling or even cursing from the populace will certainly not help our situation, pretence, conceit or sheer optimism from government quarters also is no panacea for the economic infirmity bedevling our Nation.
This situation calls for an end to extreme partisanship in the face of a major threatening national emergency.
We need to, and we must put all hands on deck. May be President Buhari’s famous quote”….We have no other country that we can call our own” is more apt now than “the change begins with me ” mantra, which may not be as bad as it is being presented, except that the cliche was coming almost 18months late. It would have been better received if it was part of the inaugural speech of the president.

Dr,mrs, Okonjo iweala must have a rethink. This is not about Buhari or Apc, it is about the survival of over 20% of black population in the world. It is about the continued existence of the most populous nation in Africa. It is about Nigeria, the only nation where black history and heritage can be redefined.
We must bring in all our aces, Kalu Ndika Kalu, Soludo, Rewani, Tunde Lemo, Utomi, shanmsudeen, our revered Emir of Kano and a host of others.

Recession is a word, I agree, but a very challenging word describing a critical problem. But it is a challenge. Nations have gone in and out of recessions before now, we can jointly, working together , find answer to this thorny all encompassing national malaise.

Does the President need emergency powers to deal with this situation ? I answer YES in the affirmative even though I have reservations . But truth is sacrosanct . Monies must be spent that cannot wait for the normal process of legislative approvals. Actions must be taking by the President and his executives that cannot wait for the usual debates in our hallowed legislative chambers.

But alas, there are fears, genuine fears of abuse of such powers, especially against political opponents. Perhaps this is what we need to debate and work on and ensure that all such possibilities are eliminated with legislative craftiness and deftness that cannot be wanting amongst the robust body of our legislators . But if the president must lead this struggle against Recession such legal framework will assist him greatly.